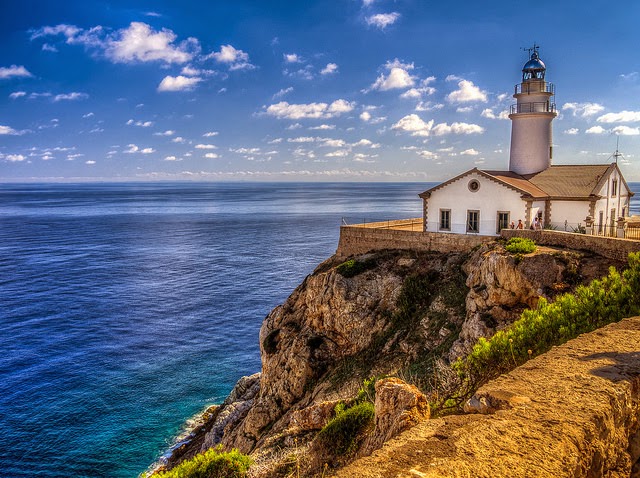 The other day I wrote about James Patterson (see: 7 Tips From James Patterson For Writing Suspenseful Prose). I learned a lot about the man, things I had known but hadn't thought too much about. For example, Patterson sells more books than anyone else and has done so since 2001; one out of every seventeen hardcover books sold has Patterson's name on it.

Now, granted, Patterson doesn't write all these books himself. Some believe that whenever he writes a book with another author that Patterson's sole contribution is his name on the cover.

While I wouldn't be the least surprised if Patterson left the bulk of writing to his co-authors I think he contributes one very important thing: the outline.

Whether are not to outline can be a contentious subject. Some writers feel outlines sap a story of its life, of its artistic worth. Others feel that without an outline they could waste valuable time going down dead ends, doing rewrite after rewrite after ... well, you get the idea.

One thing that I have heard from every writer who has used an outline is that it saves time. Sometimes a lot of time.

It came as no surprise that James Patterson uses a detailed outline. The extent to which it changed during the writing did come as a surprise. I believe that sometimes writers think of an outline as something set in iron, but it's not. It just gives you a detailed account of where you've been and where you intend to go. You can always change your mind.

I think the great advantage of an outline is that, like a map, it lets you know where you are.

Since Patterson's chapters are short, averaging about 600 to 700 words, even one paragraph of chapter summary composes a significant amount of the book. If his book is 60,000 words long, the outline would be about 1/6th the length of the manuscript!

A few months ago I began listening to the podcast Under The Influence, by Terry O'Reilly. The podcast is all about how advertising affects ordinary people.

One of my favorite episodes is Advertising Alumni, about famous people who began their careers in broadcasting. When I heard James Patterson's name mentioned, it took me off guard. Here's an excerpt from the program:

"Patterson took a job as a copywriter at J. Walter Thompson in 1971. He went from being a writer to Creative Director to running the ad agency in only two and a half years, and was later named CEO at the age of 39.

"While there, he penned the slogan, "I'm a Toys 'R Us Kid" for the toy retailer, and "Aren't you hungry for Burger King now" for the fast food giant.

"He wrote his first book on the side, called, The Thomas Berryman Number in 1976, but it was turned down by over 30 publishers.

"When it was eventually published, it would win Patterson the Edgar Award for Crime Fiction.

"But his breakthrough book came in 1992, when he published Along Came A Spider.

"Against all opinions in publishing, Patterson insisted the book be promoted with television commercials. He wrote, produced and paid for the commercial himself, and aired it in the three most influential book cities in America - New York, Washington and Chicago.

"When the ads went on, the book jumped onto the best seller list immediately.

"In 1996, James Patterson would leave the advertising world, and focus on novel writing full-time.

"Unsatisfied with the publishing industry's informal approach to marketing, he handles all his book advertising - from the design of covers, to the timing of releases, to the placement in retail stores. And he demands to see market share data and sales trends.

"Patterson just shrugged it off, saying that thousands hate his stuff, millions like it.

"He has written over 100 novels in the past 30 years, 47 of which topped the NY Times best-seller list, making him a Guinness Book of World Records holder. And he has sold more books than Stephen King, John Grisham and Dan Brown combined."

My takeaway from this is that James Patterson has a goal: he wants to sell a lot of books.

How is he doing that? By writing the kind of books people want to read.

Of course, that's the trick, isn't it? Figuring out what people want to read, what kind of stories they'd like to hear. One aspect of this, one that I've overlooked until recently, is chapter length.

I was in a drugstore yesterday and stopped by the rows of books they have at the back of their magazine section. Right on the end was one by Mary Higgins Clark (incidentally, Clark, like Patterson, used to be a copywriter)[1].

For my article on James Patterson I had gone through various books of his and calculated the average length of his chapters, which turned out to be around 640 words. As I stood in the drugstore isle, I opened one of Clark's books and looked at the length of her chapters.

They were about the same length as Patterson's.

You may be thinking: so what?

I mentioned these chapter lengths to a friend who doesn't read anything on the bestseller list and they were surprised. "That's short!" they said.

And it is. Very short. But that's only when you compare these books to books from other genres.

Here are the chapter lengths of two of the top sellers in the Amazon Kindle Store:

Now, of course, that's not even close to being representative, but what a difference! The Target's average chapter contains 1,600 words while The Goldfinch's average chapter contains 25,000 words. That's a novella! That said, of course the books couldn't be more different. Baldacci writes light entertainment; a literary snack if you will; while Tartt's book won the Pulitzer Prize for Fiction.

I looked at a few more books and found that, as one would expect, there are trends within genre. Romance books tend to have longer chapters (about 3,000 words or so), as do science fiction novels. Thrillers, though, tend to have shorter chapters of around 600 or 800 words.

I would like to write another post about this sometime, about the average chapter lengths of the bestselling books in each genre and how that has changed over time.

It sounds simple, perhaps even simplistic, but I think that the key to James Pattersons phenomenal success has been, at least in part, his focus on creating stories readers want to read. I think he approaches writing with marketing in mind and uses his talent for catching the public's interest to write books that will entertain them.

Part of crafting a book that will entertain is knowing the expectations genre readers have when they open a book. For instance, thrillers are supposed to be, above all else, suspenseful. Page turners. Romance books are supposed to be about the emotions, the ecstasy of love won and the agony of its loss. And so on.

It may sound silly, trivial, but readers of a particular genre or sub-genre also expect chapters to be a certain length.

Common sense might tell us that a chapter can't be 600 words long. But Patterson shows us that it can.

What genre do you write in? What is the average length of your chapters?

1. I found this in Mary Higgins Clark's Wikipedia entry:


"Before beginning the actual writing of her books, Higgins Clark prefers to develop an outline and perhaps detailed character biographies. Each chapter is continuously revised as she writes, so that when she is ready to move on to the next chapter, the current chapter is considered done and is sent directly to her editor. By the time the editor receives the last chapter, the book is primarily done." (That information comes by way of A Conversation With Mary Higgins Clark.)