Show vs Tell: Talking About The Narrator 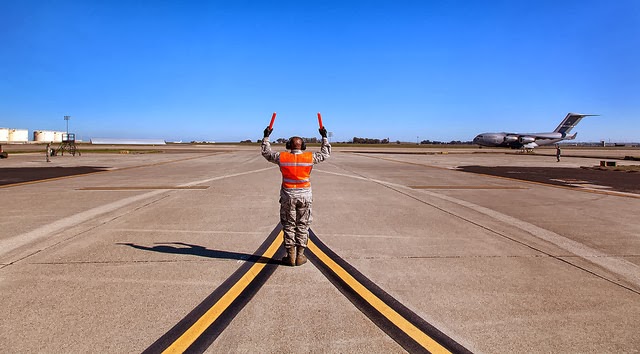 Not condolence card sick, but sick. First the flu then a nasty cold. Over the past few weeks, I've been turned into a coughing, wheezing, ball of misery.

But I'm back! Five hours of sleep, baby, and I'm back. (Hopped up on cold medication, but, hey.)

I had a final draft of my Friday post done and ready to go--it was going to be on direct and indirect characterization (in other words, telling versus showing) and using the mnemonic S.T.E.A.L.--when I fell down a very interesting rabbit hole.

Here's how this post is going to go. First I'll talk a wee bit about characterization then I'll introduce you to a rabbit. Or something. (It's possible I'm still sick.)

STEAL is a mnemonic for (a few of) the different ways writers can show (/indirectly characterize) a character's character.

Forgive me for stating the obvious, but strictly speaking one can't show anything in a written story (movies, yes; novels, no). It is, after all, written. Rather, we use words to paint pictures in our readers minds.

i. "Charlie slept," tells an audience, our readership, that a character named Charlie was sleeping.

The second sentence paints a rudimentary picture where the first does not. The first tells, the second shows.

Even though a novel isn't a visual medium we tend to see a story as we read it. Words are like colors, a sentence is like a brush-stroke, and a paragraph is like a picture.

When you read the sentences--(i) and (ii)--above, even though I didn't describe how old Charlie was, what color hair he had, whether he sprawled in bed or lay straight as a board with the covers pulled taught, what kind of bed it was (single, double, queen, king), what the room looked like, and so on, chances are that you, like me, had formed some sort of idea. Not a very precise one, perhaps, but enough to be getting along with.

My question (and this brings me to the rabbit hole I feel down): Who gives us this guide? Who paints this picture?

Yes, of course, the writer does, but within the mechanics of the story it's the narrator. But what exactly, who exactly, is the narrator? Is he a character? A disembodied voice? A kind of meta-character? (A good article I read while researching this piece was: The Narrator, or Who are you? And why are you telling me this? by Lois Leveen.)

The narrator usually isn't a character, though this depends on the point of view your story is told from.

"In third-person narrative, it is obvious that the narrator is merely an unspecified entity or uninvolved person that conveys the story and is not a character of any kind within the story being told." (Narrative Mode)

Question: Can The Narrator Have A Personality?

I'm talking about third-person narratives where the narrator is an unspecified entity and is not a character within the story.

I think the answer is "yes." Even though a narrator isn't a fictional person, they can still have a personality of their own. Lois Leveen writes:

"When you read, think about what clues you're given about the identity of the narrator. You may be able to pin down specific aspects of the narrator's identity (age, region, religion, race, gender, etc.) even if they are NOT explicitly stated in the text. For example, if the narrator says "Ethel put the pop in a sack and handed it to the customer," that narrator is not from the same region of the country as a person or character who would say "Ethel put the soda in a bag and handed it to the customer." If the narrator addresses older characters as Mr. or Mrs. and younger characters by first name, you may be able to gauge how old the narrator is — who are her/his elders, contemporaries, etc.?" (The Narrator, or Who are you? And why are you telling me this?)

For example, who is the narrator in Stephen King's delightfully meandering novel, "Under The Dome"? In this story, the narrator is--or seems to me to be--as close to a fully realized person (though not a character) as I've ever seen/read. For example, he speaks directly to the reader:

"Another night is falling on the little town of Chester's Mill; another night under the Dome. But there is no rest for us; we have two meetings to attend, and we also ought to check up on Horace the Corgi before we sleep. [...]

"So let us go then, you and I, while the evening spreads out against the sky like a patient etherized upon a table. Let us go while the first discolored stars begin to show overhead. [...]"

"[...] let us float through certain half-deserted streets, past the Congo church and the parsonage [...].

"We'll stop for a quick check on Barbie and Rusty, shall we? There'll be no problem getting downstairs; there are only three cops in the ready room, and Stacey Morgin, who's on the desk, is sleeping with her head pillowed on her forearm. The rest of the PD is at Food City, listening to Big Jim's latest stemwinder, but it wouldn't matter if they were all here, because we are invisible. They would feel no more than a faint draft as we glide past them."

"Do we need to listen to his [Big Jim's] speech? Nah. We'll be listening to Big Jim tomorrow night, and that should be enough. Besides, we all know how this one goes; America's two great specialities are demagogues and rock and roll, and we've all heard plenty of both in our time."

It goes on. It's a marvellous scene. We can tell certain things about the narrator from the language he uses ("stemwinder") and by his attitudes toward what's going on in the town (calling Big Jim a demagogue). One of the many things I liked about "Under The Dome" was having a modern story told by an omniscient narrator and seeing how King handled this.

The question of whether a narrator, even though--strictly speaking--not a character can still have a personality, can still, in a way, be an active participant in the story, is addressed by Orson Scott Card in his excellent book "Character And Viewpoint." He writes:

"There are two ways of relating to the audience during the performance of a story. The difference is clearest in theater. In a representational play, the actors all act as if there were a fourth wall between them and the audience. If they look in the direction of the audience, they give no sign of seeing that anyone is out there looking at them. Instead, they pretend that they're seeing only what would be there if the play were real--another wall of the drawing room, or the rest of the Forest of Arden. This technique helps the audience maintain the illusion of reality (or, as it is commonly called, the willing suspension of disbelief). Though of course the audience knows they are watching a play, the actors do as little as possible to remind them of it."

"Presentational theater, on the other hand, tears down that imaginary fourth wall. The actors don't just admit the audience is there, they make constant contact with the audience. This style is at its extreme in the art of stand-up comedy, where the actor even talks to the audience about the audience's response. [...] The actors and the audience are engaged in continuous conversation."

"We aren't talking about the difference between romance and realism here. We're talking about the storytellers' relationship with the audience. In fiction, the representational writer never addresses her audience. The narrator never expresses a personal opinion. All the focus is on the events, and everything is expressed through the point of view of a character in the story. In a representational first-person account, the narrator has clearly in mind who it is she's talking to, and it isn't the reading audience."

"On the other hand, fiction can be highly presentational. Kurt Vonnegut is a prime example. He speaks directly to the audience; he refers to himself; the author's hand is so obvious in the story that the reader never forgets that he is reading fiction."

Those quotations were all from chapter 14 of Orson Scott Card's book "Character and Viewpoint." Seriously, if you don't have this book on your reference shelf, think about getting it. I find it indispensable. Card addresses topics few other writers do and makes the information easy to understand. He is a top-notch writer and teacher.

That's it for today! Sorry for the long post, but this subject of how--for lack of a better term--'thick' we want our narrator, how involved we want him to be in our story, is one I haven't spent enough time thinking about.