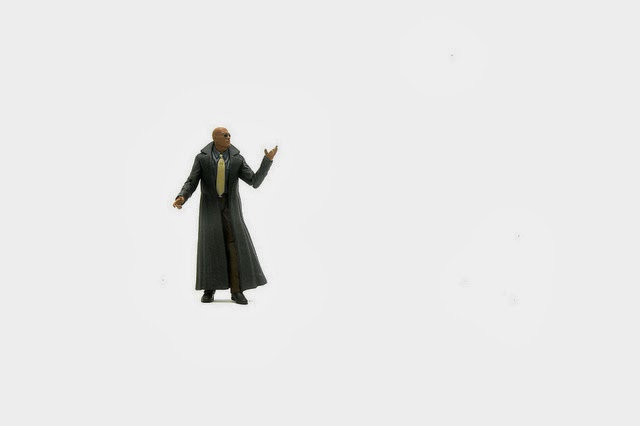 Here are what, for me, were the highlights.

1. Is your story concept strong enough?

It makes sense that if you're going to write a book--something that is going to take, for most people, a few months (or years!)--it's a good idea to make sure you're starting off with a story idea that can go the distance.

Let's put our story ideas to the test by asking these questions:

"Does the concept contain a fundamental (and possibly fun) ironic contradiction?"

I'd come across this notion of an ironic contradiction previously when I read  Blake Snyder's excellent book, "Save The Cat!"

Blake Snyder writes about irony in relation to the logline, or one-line, that summarizes your story. He writes:

"The number one thing a good logline must have, the single most important element, is: irony."

Die Hard: "A cop comes to L.A. to visit his estranged wife and her office building is taken over by terrorists."

Pretty Woman: "A businessman falls in love with a hooker he hires to be his date for the weekend."

A Note About Irony

(If you don't care whether those loglines really are ironic, then you might want to skip this section.)

I admire Blake Snyder. When he wrote Save The Cat! I'm sure he'd forgotten more about screenwriting--and writing in general--than I'll ever know. That said, the idea that either of those loglines is ironic doesn't sit well with me.

Here's one of the definitions, or senses, of "irony" that I think comes closest to how Snyder used it:

"(1) :  incongruity between the actual result of a sequence of events and the normal or expected result (2) :  an event or result marked by such incongruity. (Merriam-Webster)"

I think this usage note gives voice to my reservations better than I could:

"The words ironic, irony, and ironically are sometimes used of events and circumstances that might better be described as simply "coincidental" or "improbable," in that they suggest no particular lessons about human vanity or folly. Thus 78 percent of the Usage Panel rejects the use of 'ironically' in the sentence, "In 1969 Susie moved from Ithaca to California where she met her husband-to-be, who, ironically, also came from upstate New York." Some Panelists noted that this particular usage might be acceptable if Susie had in fact moved to California in order to find a husband, in which case the story could be taken as exemplifying the folly of supposing that we can know what fate has in store for us. By contrast, 73 percent accepted the sentence, "Ironically, even as the government was fulminating against American policy, American jeans and videocassettes were the hottest items in the stalls of the market," where the incongruity can be seen as an example of human inconsistency. (The Free Dictionary)"

So it seems that what Snyder and Bird call "ironic" many would call "improbable." But, enough about terminology!

Another way to think about irony, and ironic contradictions, is as a hook.

A hook is a familiar idea to most writers. The hook introduces a question that your reader will want answered. Snyder writes:

"[A] good logline must be emotionally intriguing, like an itch you have to scratch."

Lee Child mentioned that one way he hooks readers' interest is by asking a question he leaves unanswered until much later in the story.

Before I leave this point, I think that Breaking Bad had one of the best hooks I've ever heard. You have a genius teaching chemistry, sleepwalking through life, until he's told death will claim him in a few months. Then, as the result of a desire to provide for his pregnant wife and children, to leave them some money before he dies, Walter White starts to use his genius to make meth. And money. Lots and lots of money.

Is the protagonist going to have a happy ending? Um ... no. That's obvious right from the beginning. This is a doomed character. But we're interested! Walter White is doing something very bad but for the best of reasons. He's a weak guy putting it all on the line, finally (tragically) fighting for something he wants.

I was going to go through more points but it seems I've reached my word limit!

I encourage you all to read Matt Bird's article and, if you haven't, to pick up a copy of Blake Snyder's Save The Cat!

Photo credit: "This Is The Construct" by JD Hancock under Creative Commons Attribution 2.0.
Karen Woodward at 2:02:00 PM
Share