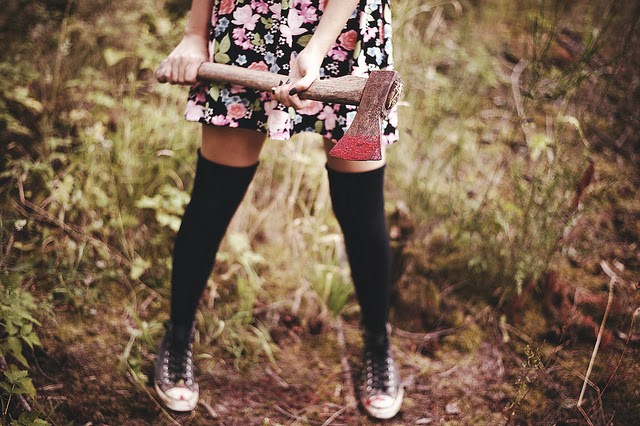 I fell in love with detection and murder in grade nine when my English teacher assigned the class Agatha Christie's story, The Murder of Roger Ackroyd. We read a section in each class and had to try and guess who the murderer was, then defend our guess.

One of my life goals is to write a mystery novel, one sprinkled with murders, false leads and scandalous secrets.

I've started a few murder mystery stories. Every two years or so, I decide to take another run at it but I always end up setting the manuscript aside after several angst-filled writing sessions.

Which is why I was utterly thrilled by Susan Spann's post, 25 Things You Need To Know About Writing Mysteries, over at Chuck Wendig's blog, Terribleminds.com.

SS's post set forth important, insightful and, above all, useful writing tips that could help even a murder mystery neophyte (like me!) actually finish writing one.


1. Start with your sleuth


Everything begins with character.

Once you know something about your sleuth you can create a world around him, one designed to show readers what kind of a person he is and make them care about him and his quest for justice.

As is true for any story, your characters need to be both engaging and unique. Think about how your character looks, his physical appearance, and how he will stand out from your other characters. How about his behavior? Does he have any ticks? Phobias? Idiosyncrasies?

Something needs to set your sleuth apart. He needs to be interesting and memorable. Often this is accomplished through exaggeration—Mr. Monk is scared of everything, even milk!

Jim Butcher has a marvelous discussion about this over on his Livejournal blog.

2. Make your sleuth quirky and damaged


Break your sleuth in interesting ways.


"... take a hammer to your sleuth’s emotional kneecaps. Bust those suckers good—and be creative. Divorces, tragic accidents, and dead relatives are dime-a-dozen. You can do better. Make your detective allergic to coffee, or phobic of houseplants. Squash her beloved iguana beneath a Zamboni and then force her to solve a murder at an ice rink."

I love that last line. It's easy for me to forget that a character's weakness is only interesting if I exploit it.

We only care about Indiana Jones' fear of snakes (a big fearless adventurer with a fear of snakes) when he's forced to confront one (or, more likely, a dozen). And of course the snake is going to be poisonous.

That's what I mean about forming the fictional world around the hero. Indy's fear of snakes is part of his backstory, but it's something that's going to affect what sorts of obstacles you throw at him, so it'll help shape your story and your story world. That's why you need to know all about it before setting pen to paper.


The reason why Indiana Jones is scared of snakes is part of Indy's backstory. Susan Spann reminds us that we need to work in backstory without using the following props:

That said, if your character is a seer, a visionary of some sort, I imagine using a dream to introduce bits of backstory might be okay.

It all depends. As Stephen King says in On Writing, it's all on the table, every trick, every tool. If it works, great, keep it. If it doesn't, throw it out.

Aaron Sorkin, in How To Write An Aaron Sorkin Script, writes that the key to introducing backstory is to make the audience—in our case, our readers—want/crave/demand the information. Sorkin writes:


"A song in a musical works best when a character has to sing— when words won't do the trick anymore. The same idea applies to a long speech in a play or a movie or on television. You want to force the character out of a conversational pattern."

Sorkin is talking specifically about how he sets up a character to give one of the monologues he's known for, but these monologues are basically info dumps. An excellent article.

4. Get a handle on your sleuth's motivation


As a general rule, humans prefer the easy to the hard, the simple to the complex, the happy to the sad.

If your hero is going to put herself in mortal danger, if she's going to risk not only her life but her retirement pension, we've got to give her a darn good reason.

For instance, when Neo goes to rescue Morpheus in The Matrix he doesn't believe he's going to survive the attempt but he's got a darn good reason for doing so. He believes that without Morpheus the human resistance is doomed to fail. By giving up his life in exchange for Morpheus' he's saving the world.

Not bad as far as motivation goes!

Make sure that your hero has a darn good, believable, reason for putting it all on the line.


We're writing a murder mystery so there has to be a murder (at least one) and the sooner the better.

Bank heists, jewel robberies, kidnappings, and various other nefarious crimes will not suffice. This is a murder mystery, your readers demand a murder.


Get creatively offbeat with the murder method.

Susan Spann writes: "Anything is fair game if you can explain it."

I went googling for unusual deaths and came up with these:


For each murder the writer must figure out:


There are three kinds of clues:


These kind of clues point to the killer and can help the sleuth solve the crime. She just has to figure out they're genuine.


Fake clues point to someone other than the murderer. Red herrings distract the reader and (at times) the sleuth.


These are the clues the sleuth uses when she finally solves the crime.

You need to insert these clues into the story in such a way that your reader won't know which category (genuine, fake, pivotal) the clue falls into.


Susan Spann holds that you'll need at least three suspects, through her preference is for four.

Further, each suspect must fall into one of two categories.

Further, one of your suspects should be different, wacky, "out of the box," someone not like the others. This person should add a sense of the crazily unexpected. SS cautions, though, to be careful not to stretch a reader's belief to the breaking point.

I'm not finished, there are another 11 points to consider when writing a murder mystery, but I've put those into a post that's going out tomorrow. Stay tuned! (Update: Here's the link: How To Write A Murder Mystery: Part Two)