Roy Peter Clark Tells Us How To Write Better Prose 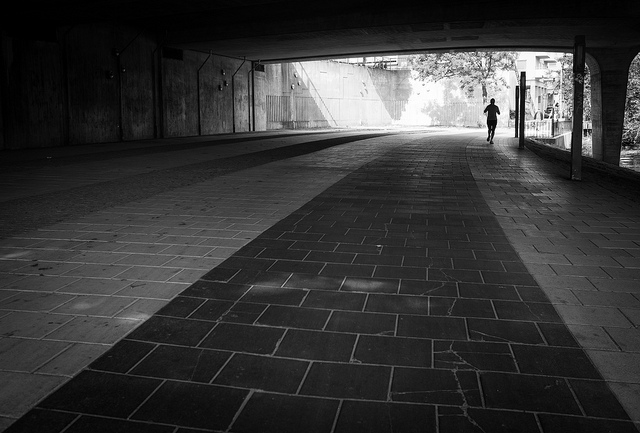 Sometimes I make the most wonderful discoveries.

Case in point, two days ago, as I wove my way through the jungle of the Internet I came upon Roy Peter Clark and his book Writing Tools. That would have been wonderful all by itself, but it got better!

Next I discovered Mr. Clark had narrated 50 podcasts, one for each chapter in his book ... and that each chapter's narration was only about 2 minutes each! And it's free! If you'd like to take a look, here's the link: Roy's Writing Tools.

So far I've listened to the first 10 podcasts. At that time I'd been putting the finishing touches on a story and I think it helped polish up my prose.

By the way, I had no idea who Roy Peter Clark was so here's a short bio:


"Roy Peter Clark (born 1948) is an American writer, editor, and teacher of writing who has become a writing coach to an international community of students, journalists, and writers of many sorts. He is also senior scholar and vice president of the Poynter Institute for Media Studies, a journalism think-tank in St. Petersburg, Florida, and is the founder of the National Writers Workshop. Clark has appeared on several radio and television talk shows, speaking about ethics in journalism and other writing issues." (Roy Peter Clark, Wikipedia)

10 ways to make your prose stronger


1. Begin sentences with subjects and verbs.

Here's an example of a right-branching sentence:


"The terror, which would not end for another twenty-eight years—if it ever did end—began, so far as I know or can tell, with a boat made from a sheet of newspaper floating down a gutter swollen with rain." (Stephen King, It)

That's the opening line from Stephen King's It. The core sentence reads: The terror began with a boat made from a sheet of newspaper floating down a gutter swollen with rain.

Beautiful! We're oriented immediately. What is King going to be talking about? The terror. What about the terror? How it began. Then he goes on to talk about a boat made of newspaper. My reaction: That is a mighty odd way for something referred to as "the terror" to begin. Instantly, I'm interested.

But anyway, that was a digression. A right-branching sentence gives us the subject--the doer--and the verb--the action--right up front so that when we pile on qualifiers there's less of a chance readers will become confused.

Clarity is king! (Yes, that was a little punny.)

2. Order words for emphasis. Place strong words at the beginning of a sentence or at the end.


It's the same with paragraphs. The first word of a paragraph, as well as the last, should pack a punch. Here's an example from Shakespeare:

There we have the emphasis at the end. Pow!


We've heard this advice before but it is so very true. Strong verbs help create interesting, engaging, stories.

Ian Flemming, creator of James Bond, was particularly skilled at using strong verbs. Here's the key: we want our characters to preform the action of the verb. For example:

"Bond climbed the stairs."
"Sunlight filtered through the curtains."

Mr. Clark quotes George Orwell as saying: Never use the passive where you can use the active.

4. Use passive verbs to showcase the victim of the action.


It used to be that when folks stressed the importance of strong verbs I'd wonder: Is there really no place for weak verbs? There is!

Mr. Clark uses this sentence to demonstrate this point, it's from Steinbeck:

"The night was loaded with omens."

Steinbeck could have written, "Omens loaded the night," but Mr. Clark writes that this would have been unfair to both the night, the omens and the music of the sentence. I agree.

5. Use adverbs to change the meaning of a sentence.


When I first heard the advice to forgo using adverbs I was boggled. Why the hate for adverbs? How else should we say something like, "I was not able to go"?

Of course it's not adverbs, all adverbs, so much as it is "-ly" adverbs, adverbs such as justly, enthusiastically, dismally, loudly, and so on.

"Turn down the music," she screamed loudly.

Typing that hurt! Why? Well, how else would one scream other than loudly? "Loudly" doesn't add anything to that sentence and so works counter to our over-riding goal: clarity.

That gives us something new. "Angrily" or "desperately" wouldn't have worked as well because often--though not always--when people scream they're angry or even desperate. However weakness isn't part of the concept of screaming so it's adding something new, perhaps even something unexpected. Why is she weak?

Perhaps it would be better if we wrote something like:

"Turn down the music," Jan screamed, or tried to. What came out was an unintelligible sound, a dry rasping, nearly drowned out by the pounding of her heart. She couldn't catch her breath. There was someone in the house, someone else, someone who shouldn't be there, but who could hear anything above the discordant jangling of the music? Clinging to the banister, she gasped for breath and with a trembling hand reached for her asthma inhaler.

Rule of thumb: Use "-ly" adverbs only if they change the meaning of the verb. For example, "She smiled sadly."

a. Adding ING adds a syllable to the word.
b. ING words tend to resemble each other.

Which sentence do you prefer?

7. Don't be afraid to use long sentences.

Here are some tips on making long sentences work:

a. Have the subject and main verb come early in the main clause of the sentence.
b. Use the long sentence to describe something long. For example, a long elevator ride, trip, walk, etc.
c. Let form follow function.
d. Write the action of the sentence in chronological order.
e. Use long sentences alongside sentences of short and medium length.

8. Establish a pattern and then give it a twist.


Mr. Clark tells us to build parallel constructions but cut across the grain. For example:

Parallel: Faith, hope and love. (Each noun has equal impact.)

Parallel with a twist: Faith, hope and being kind and nice to your neighbors even though they're terrible to you.


We punctuate for two reasons:
a. To set the pace of the reading.
b. To divide words, phrases and ideas into convenient groupings.

A sentence with no punctuation but a period is a straight road with a stop sign at the end.

A paragraph with a lot of periods in it will have a lot of stop signs and therefore a slower pace. This is good for providing clarity, for conveying emotion and for creating suspense.

Comma: Speed bump
Semi-colon: A rolling stop
Parenthetical expression: A detour.
Colon: Flashing yellow light that announces something important is up ahead.
Dash: Tree branch in the road.

10. Prune the big limps then shake out the dead leaves.

Brevity comes from selection not compression. Lift entire blocks from the work.

- Cut any passage that does not support your focus.
- Cut the weakest quotations, anecdotes and scenes to give greater power to the strongest.
- Cut any passage you have written to satisfy a tough teacher or editor rather than the common reader.
- Mark optional trims, then decide whether they should be actual cuts.
- Murder your darlings.

That's it! I hope you found something that could help put a little extra zing in your writing.