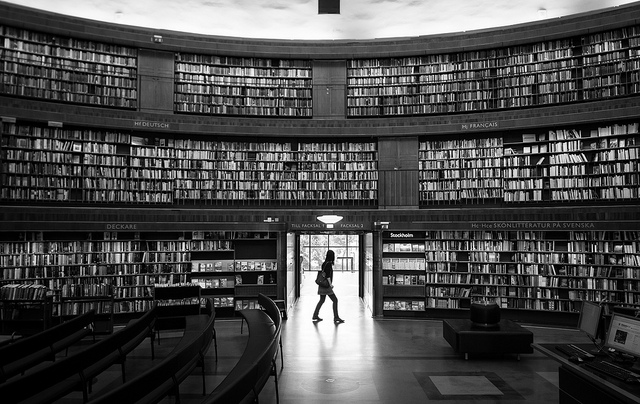 Keeping in mind that rules are made to be broken, here are 3 tips from various pros on how to keep readers from putting your book down:

1. Lee Child: Ask a question and make people wait for the answer.

At ThrillerFest 2012, Lee Child said he believes that:


"[H]umans are hard-wired to want the answer to a question. When the remote control was invented, it threw the TV business through a loop. How would you keep people around during a commercial? So TV producers started posing a question at the start of the commercial break, and answering it when the program returned. (Think sports—Who has the most career grand slams?) Even if you don’t care about the answer, Child said, you stick around because you’re intrigued."

“The way to write a thriller is to ask a question at the beginning, and answer it at the end,” he said.

"When he’s crafting his books, Child doesn’t know the answer to his question, and he writes scene by scene—he’s just trying to answer the question as he goes through, and he keeps throwing different complications in that he’ll figure out later. And that very well may be the key to his sharp, bestselling prose.

“For me the end of a book is just as exciting as it is for a reader,” he said."

Lee Child expands on this method of building suspense in his New York Times article, A Simple Way To Build Suspense. Also, here is an engrossing read about how and why Lee Child became a writer. It's a short and well written biography: The Curious Case of Lee Child.


David Farland, in his article Opening Strategies, suggests there are two main ways to create conflict.

One, which we've just read about, is to "create a mystery in the opening pages, taking perhaps a dozen chapters to reveal the main conflict".

The other is "to front-load the book, giving the reader a massive conflict on the opening page".

Great! But how do we do that?

3. Eileen Cook: Increase your conflict by turning conflict resolution techniques on their head


Eileen Cook, a fabulous writer and all around lovely person, wrote an article entitled, helpfully: 5 Ways To Increase Conflict. Here are a few of her tips:

a. Atmosphere: Pick a place that's uncomfortable for your characters


"In real life you want to choose the right environment to have a difficult conversation. You want to choose a place where the individual can focus on what you are saying and not instantly feel defensive or uncomfortable.  In fiction, try and have the conflict happen in the most uncomfortable place possible for your characters.

"Imagine a man telling his fiancé that he doesn’t think he can go through with the wedding. Now imagine him telling her in the back of the church just before the wedding, or worse yet, right after the ceremony, or as the flight takes off for their honeymoon."


b. The more the merrier: causing characters to clash


Add characters who will make an already conflict-ridden situation worse. Eileen gives us these questions:


- "Who does your character want on their side in an argument?"
- "Who is the person your character least wants to oppose?"
- "In the wedding example above it’s bad if the groom is in love with someone else, it’s worse if it’s the maid of honor, or her sister, or his best man."


c. Rather than focusing on what is said, focus on who said it and what they may have meant by it


In other words, just do the opposite of whatever a good conflict resolution manual tells you! Eileen gives this example:


"For example, there are two teen girls.  One finds out that the other went to a party with another group and didn’t tell her. What might she accuse her of? You don’t want to be my friend. You’re embarrassed by me."

How this applies to your manuscript: "Look at your manuscript, what meaning does your character put onto what is said/done? What can they accuse the person of?"

Eileen's exercise: "Look at your manuscript and make notes where the characters can have an “oh no you didn’t” moment."


- "What does your character stand to lose if they lose this conflict? What is at risk?"
- "Can you set up two characters with opposing goals?"
- "Do you have a character that wants two opposing things at the same time? I want the big promotion at work and I want to spend more time with my family."


"When in doubt, go big.  Drop a plane wing, add a zombie, have them realize that the two things they want most in the world can’t both be had at the same time.  Your characters may hate you for it, but readers will love it."

I've attended several of Eileen Cook's writing workshops and they are fabulous. If you ever have the opportunity to hear her speak, think twice before you pass it up.