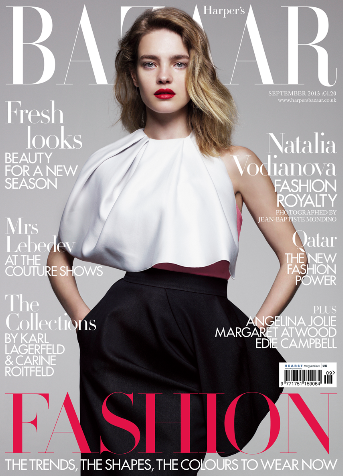 I don't usually announce writing contests, but this one is from Harper's Bazaar and includes a couple of unusual prizes. Here's the scoop:


"Harper's Bazaar, the luxury fashion magazine, is giving writers a chance to submit a short story in their freshly launched literary prize competition.

"Harper's is inviting both published and novice writers to enter a 3,000 word short story on the subject of 'Spring'.

"The winning writer will have the fantastic once-in-a-lifetime opportunity to have their story published in the May 2014 Harper's Bazaar issue and the privilege of choosing a first-edition book from Asprey's Fine and Rare Books Department to the value of £3,000. In addition, the lucky winner will enjoy a weeklong retreat at Eilean Shona House, on the 2,000-acre private island off the coast of Scotland."

A weeklong retreat on a private island off the coast of Scotland! That's my kind of writing retreat, though I'd doubt there would be much actual writing.

Before I leave, here's a bit more about the theme of the contest:


"The theme of inspiring literature is woven throughout the September issue of Harper’s Bazaar with a reprinted Virginia Woolf tale from the Bazaar archives, alongside a fashion piece by contemporary writer Margaret Atwood."

Where to submit your manuscript: Send your submission to shortstory@harpersbazaar.co.uk. Contest is closed on December 13, 2013.

I wish I had a webpage I could direct you to but I heard about this contest from an email Harper's Bazaar sent me. Best wishes!