4 Reasons Why Some Stories Never Get Finished 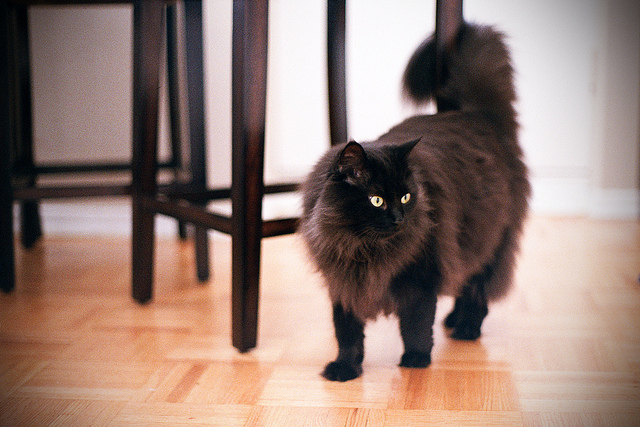 I've been wondering: Why do some stories work out while others don't?

I'm finishing up a story I began in 2007; the story stayed with me, drawing my thoughts back to it. I kept wondering how it ended so I figured, well, why not? Pick the blasted thing back up and finish it!

Which is what I did ... or, rather, what I've almost done. It's nearly finished.

But it got me wondering: Why can I finish this story now? And why couldn't I do it before?

Here are four reasons why some stories never get finished.


I love Chuck Wendig's posts on structure. He writes that there's no such thing as ONE archetypal structure. Rather, each story has it's own structure.

But of course there are things like arcs that are good to have, but not just arcs, shapes of all sizes, even squiggly ones. The important thing, the crucial thing, is to have movement.

In most of my early stories I started out with an idea and a good opening--and by 'good' I mean I had things happening, changes, problems being solved--but I had no idea where to go from there.

One idea/concept/rule-of-thumb that has helped me enormously is the notion of an 'all is lost' point where the hero goes through a major crises, a point where it looks as though not only is the very worst going to happen to him but that what we thought was the very worst isn't at all. A NEW and completely horrible very worst is introduced and our hero threatened with it.

Really, just the idea that one's hero should have a difficult time, that they should be persecuted, that the writer's job--one of them--is not to coddle their characters and pour them tea and share biscuits but to make their lives a living hell. One which, maybe, the writer will rescue them from.

2. Not enough of an idea


I've always been fascinated by creatures of myth. Or, more generally, of there being a Narnia-like place where I could go, my very own World Between The Worlds.

When I was a kid I wrote a bunch of stories consisting of about four pages. The stories would all be about an enchanted glade, about the quality of the air and how the light looked and the feeling of creation, of newness, of possibility, that the glade imparted.

It was probably good writing practice but it made for a lousy story because not only did nothing happen, it wasn't enough of an idea. Who was the protagonist? What did they want? How were they going to get it? What was opposing their efforts to get it?

The protagonist needs to solve a problem that will set her goal: the story goal.

For example, Indiana Jones in Raiders of the Lost Ark had a problem: get the ark before the Nazi's did and bring it back to the museum. After Indie brings the ark back home the story is over.

3. The subject matter was too personal


Sometimes I remember an adventure from my past and think: That would make a terrific story! Almost always the story grinds to a halt, or isn't very good, because I'm too close to the material.

Please don't misunderstand. As Red Smith once said (I'm paraphrasing): "Writing is easy. You simply sit down at the typewriter, open your veins, and bleed. (Red Smith, Wikipedia)" His tongue was firmly in his cheek, of course.

But I think that, sometimes, one needs a bit of distance from the material.

4. The structure was too difficult to keep track of


There are MANY reasons why a story goes unfinished.

It may sound silly, but I think one reason stories often go unfinished is simply because they get too long to organize properly! Without a detailed outline it can be difficult to hold a story in one's head, especially if that story has taken 100,000 or so words to write. (Incidentally, I've been using Scrivener more lately and find it an excellent partial solution to this problem.)

Before I go, I'd like to leave you with what the great and wonderful Janice Hardy has to say about choosing a setting. Wonderful advice, well given: 10 Questions to Ask When Choosing a Setting.


Have you started writing a story you've never finished? Why didn't it work out? What would you do differently?