The Power Trio: A Trope 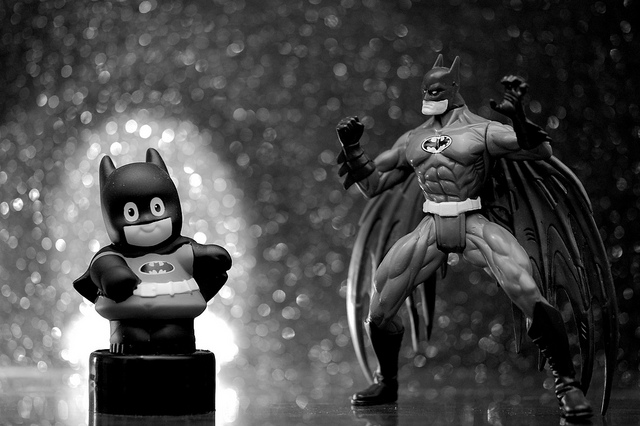 Years ago I began a story based around the structure of one of my favorite Star Trek episodes, but I got stuck. Toward the end of the story, what my characters needed to do was different than what the characters had done in the episode; I needed a slightly different structure but got stumped.

A couple of weeks ago I picked up the story again and everything came together, everything except for the most important bit: the ending.

I didn't know what to do so I surfed over to TvTropes.org and read about Kirk, Spock and McCoy. Let me just say: Wow! I'm probably not going to use all the information I found in my story, but I'll use some of it.

One thing I love about studying tropes is being able to give a certain situation, one that recurs often, a name. Anyway, I thought the following was just plain fun (as well as useful) so I wanted to share.


We've all read and watched countless instances of this trope but before I get to examples lets talk about psychology. Specifically ...


Among a Power Trio of the "two Foils + balance" variety, one of the most common subtropes has the three characters have psychological positions based on the Freudian idea of the Id, the Ego and the Superego.

Freud defined the human psyche as consisting of three parts: the Id, which represented emotional and instinctual desires; the Superego, which represented the logical and intellectual reasoning (or rules and social conventions, which is how Freud actually used the term); and the Ego, which reconciled the Id and Superego. Likewise, the Freudian Trio consists of three characters: one who acts emotionally and instinctively, one who acts with cold, passionless logic and one who reconciles the two conflicting ideals. (Freudian Trio)

Rounding out the archetypal Freudian Trio with The Spock and The McCoy, The Kirk must balance these opposing personalities while being able to take their advice and choose between them (or literally, choose "between them") without being overcome either by emotion or dispassionate logic, representing what in Freudian psychology is called the ego.

Usually, The Kirk is The Captain or a similar leader who needs to be practical rather than emotional or distant. It's not impossible for a show to have The McCoy or The Spock as the leader, but they'll have to be far more ideologically flexible than they would otherwise. (The Kirk)


In any situation Spock and McCoy are pretty much guaranteed to be at loggerheads. McCoy looks at the world through his feelings, his emotions, while Spock is dispassionately logical. Or at least that's the setup.

Often this problem is solved by choosing a Third Option:


In most Power Trio scenarios, when The Spock advocates one course of action and The McCoy insists upon the other, The Kirk will be particularly fond of using this method as a solution to the problem of the week. This is also the best way to deal with a Xanatos Gambit. A true Magnificent Bastard will have anticipated that, though. (Take A Third Option)


A speech made by the hero to the villain just before the climactic fight in which he points out exactly why what the villain is doing is wrong, and begs him to forswear his ways.

This rarely works but he had to try: that's what makes him the hero. (Kirk Summation)

If the Kirk Summation doesn't cause the Big Bad to give up in a fit of despair, the Villain might give the hero a Breaking Speech.

This is often achieved by a kind of "The Reason You Suck" Speech, telling the other character how pathetic they are or perhaps how guilty of something terrible, perhaps Not So Different from someone unpalatable, but there are other ways of breaking someone down by talking. You could for example instead deconstruct the world, other characters, or their relationship with the victim. The important part is that they can't deny your words, at least not in the heat of the moment, and you gain a psychological advantage over them. Uncomfortable truths (or at least half-truths) and logical arguments are effective for making claims hard to deny, but hitting emotional weak spots is also important and can work even if your statements are not truly reasonable. (Break Them By Talking)

Here is an example from TvTropes.org:

"You look like you're going to spend your life having one epiphany after another, always thinking you've finally figured out what's holding you back, and how you can finally be productive and creative and turn your life around. But nothing will ever change. That cycle of mediocrity isn't due to some obstacle. It's who you are. The thing standing in the way of your dreams... is that the person having them is you."
— xkcd, "Pickup Artist"

Harsh. Great speech though. You might also want to take a look at The Reason You Suck speech.

If you're stumped and you're looking for ideas, TvTropes.org is a fabulous resource.


What is the trope you most often come across in your reading/viewing?