What Do Aaron Sorkin, Stealing, And Advice About Writing Have In Common? 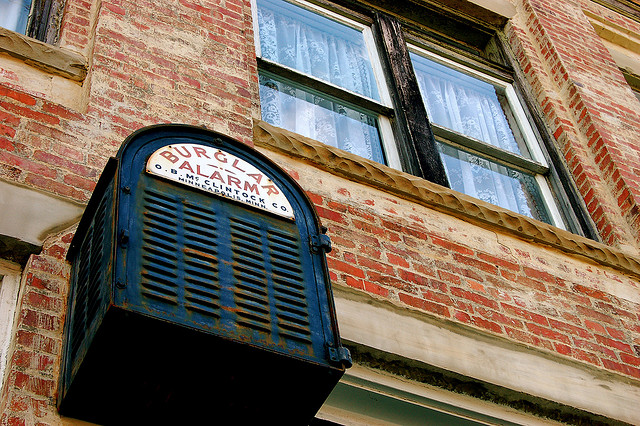 What do Aaron Sorkin, stealing, and advice about writing have in common?

Quite a bit, as it turns out.

Yesterday Gwen sent me a clip of Aaron Sorkin's cameo appearance on 30 Rock where he pokes fun at himself, at his quirks.

After I watched the clip I thought, 'Huh, I wonder if Aaron Sorkin has written anything about the art of writing?' And, guess what? He has!

In How to Write an Aaron Sorkin Script, by Aaron Sorkin Mr. Sorkin gives advice about how to introduce crucial (but possibly boring) information and make it all seem interesting and clever rather than contrived and boring.

BUT, before I get to that, I'd like to talk about stealing.

And by "stealing" I don't mean plagiarism—which is bad, very bad—but the sort of outright stealing Aaron Sorkin was talking about in the quote at the beginning of this article.

In her post Develop Your Narrative Voice By Stealing From Bestselling Authors, Elise Abram teaches writers how to steal. But first, a caveat. Elise writes:


How I found my voice was by “stealing” from other writers, trying on different points of view, tones and styles until I found one that was my own.

Note: Modelling, which is what I mean by “stealing”, is very different from plagiarism. Plagiarism is defined as using or closely imitating the language and thoughts of another author without authorization, and the representation of that author’s work as one’s own.

So, plagiarism is nasty while 'creative stealing' or modelling, is perfectly fine.

The other day someone compared modelling to the way a musician learns to play an instrument. They play a song someone else wrote over and over again until they get it right, then move on to another song. This is the writer's version of that.

I'll leave you to read Elise's wonderful article, but I would like to share her #2 way of stealing.


[A] way you can model is to use a setting from popular literature.

As you read these passages, see if you can spot the similarities:


“A large cask of wine had been dropped and broken, in the street…the cask had tumbled out…the hoops had burst, and it lay on the stones just outside the door of the wine-shop, shattered like a walnut-shell…The rough, irregular stones of the street, pointing every way, and designed, one might have thought, expressly to lame all living creatures that approached them …Some men kneeled down, made scoops of their two hands joined, and sipped…Others, men and women, dipped in the puddles with little mugs of mutilated earthenware, or even with handkerchiefs from women’s heads.”


“The driver had been coming out of the turn on the inside when the wagon had tilted and gone over. As a result, the kegs had sprayed all the way across the road. Many of them were smashed, and the road was a quagmire for twenty feet. One horse…lay in the ditch, a shattered chunk of barrel-stave protruding from its ear…Wandering around the scene of the accident were perhaps a dozen people. They walked slowly, often bending over to scoop ale two-handed from a hoofprint or to dip a handkerchief or a torn-off piece of singlet into another puddle. Most of them were staggering. Voices raised in laughter and in quarrelsome shouts.”

Did you catch the comparisons?

.  .  .  .
The first passage is from a scene in Dickens’ A Tale of Two Cities, the second from Stephen King and Peter Straub’s The Talisman. In the modelling of this passage, King and Straub use Dickens’ setting, making it their own by serving it up with the dark and graphic horror their readers know and love.


Which brings us back to Aaron Sorkin's article in which he, basically, invites us to 'steal' one of his tricks, which is how to give an information dump--or a 'fact-dump' as he calls it--but make it witty and interesting. He writes:


A song in a musical works best when a character has to sing—when words won't do the trick anymore. The same idea applies to a long speech in a play or a movie or on television. You want to force the character out of a conversational pattern. In the pilot of The Newsroom, a new series for HBO, TV news anchor Will McAvoy (Jeff Daniels) emotionally checked out years ago, and now he's sitting on a college panel, hearing the same shouting match between right and left he's been hearing forever, and the arguments have become noise. A student asks what makes America the world's greatest country, and Will dodges the question with glib answers. But the moderator keeps needling him until...snap.

And then comes a fact-dump/information dump, but it works and it's interesting.

In his article Aaron Sorkin demonstrates what he means by giving a short scene with commentary both about the effect he wants his words to create in the audience and how he creates that effect. It reminds me of a magician giving away one of his tricks. A wonderful read.


Who is your favorite author to model? Is there anyone you're currently modelling?