When Is A Story Ready To Publish? 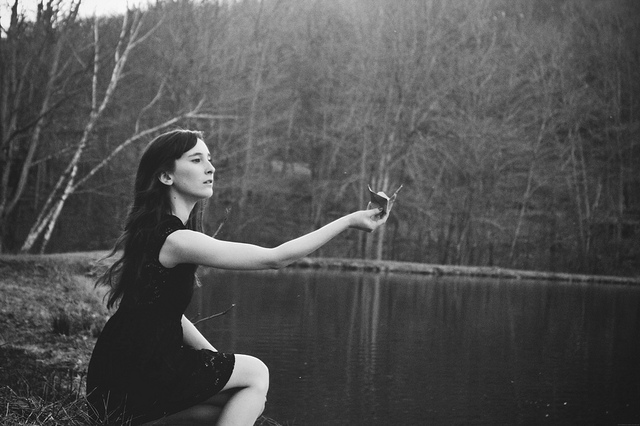 Or, to use Kris Rusch's term, when is a story ready to be released into the wild?"

"Into the wild." I like that phrase. It covers a multitude of events: sending your work off to an editor, a contest, that sort of thing, as well as publishing it yourself.

So, how does one determine when one's story is ready?


I feel some folks would say: "When it's perfect."

Let's say you've given your story to beta readers, your plot points are strong, your characters reactions make sense, there are no unfired guns at the end (Chekhov's Gun), and so on.

I guarantee you there are still going to be parts of your manuscript that could do with polishing.

But nothing's ever perfect. (And perfect for whom?)


The other day I read an article by Tim Ferriss and he--as he often does--mentioned the 80-20 Principle, that 80% of your benefits come from 20% of your efforts.

Economics: 20% of the world's population earns 80% of the income,

Business: 80% of your profits come from 20% of your customers.

Software optimization: "Microsoft noted that by fixing the top 20% most reported bugs, 80% of the errors and crashes would be eliminated. (Pareto Principle, Wikipedia)"

That got me thinking. Perhaps the 80-20 principle applies to writing as well.


Kris Rusch: No Story Is Ever Perfect


At every craft workshop I teach, I make at least one writer cry. This week, I’m teaching a short story workshop for professional writers. These are workshop-hardened folk, people who have been eviscerated by the best of them, people who come to my workshops having heard that I make writers cry, expecting me to be the most vicious critiquer of all.

How do I bring writers to tears? Usually by saying this:

I loved this story. It’s wonderful. Mail it.

Is the story perfect? Of course not. No story is. Not a one. No matter how many times it’s “polished” and “fixed” and “improved.” No one can write a perfect story.

If such a thing existed, then we would all read the same books and enjoy them equally. We would watch the same movies and need reviewers to tell us only which movie is perfect and which one isn’t. We would buy the same comics, again, going only for the comic that is perfect, and ignoring all the others.

Am I telling people to write crap? No. Because the choice isn’t between crap and perfection. Those are false choices. (The Business Rusch: Perfection)


... I always begin by asking them [my workshop-experienced students] this, “What’s wrong with Shakespeare’s A Midsummer Night’s Dream?”

Well, we’re all raised to believe that Shakespeare is a god who never could do anything wrong. Had he done anything wrong, had his stories been less-than-perfect, we wouldn’t be reading them? Right?

If William Shakespeare—professional writer—had turned A Midsummer Night’s Dream in at a workshop I taught, I would have told him this:

“Bill, lose at least two of your endings. The main story of the play ends in Act IV, Scene 2—and then you go on for two more scenes. All of these endings would work. Pick one.”

Bill Shakespeare, dutiful workshopper that he is, would nod sadly, go back to his room, and delete one of the most favorite and quoted scenes in all of English literature. Puck turns to the audience and says,

If we shadows have offended,

Think but this, and all is mended,

That you have but slumber’d here

While these visions did appear.

I would have said to Bill, “Lovely. Thematically significant. Beautifully written. Lose it. You can do the same thing elsewhere.”

Yeah, right. My harsh words, spoken with authority, and Workshopper Bill’s insecurity would have stolen 400 years of enjoyment from audiences all over the world.

Anything can be critiqued. Criticizing something is easy. It makes the critiquer feel smart, and just a little bit superior to the writer.

Readers read for enjoyment. They vote for what they like with their hard cold cash. (The Business Rusch: Perfection)

In other words, write the story that's in you, finish that story (so hand it to beta-readers and make the changes that resonated with you if that's your process), then send it out.

Besides, you need to know not only what writers think about your work, but what readers do, and the best way of doing that is to send your work out into the wild.


Challenge: leave a link to the last thing you published, whether traditionally or independently. Let's celebrate the stories we've released into the world!

- Owen Egerton's 30 Writing Tips, Inspiration For Your Muse
- 5 Rules For Writing A Murder Mystery: Keeping the Murderer Secret Until The End
- What Slush Pile Readers Look For In A Story