Writing And The Monomyth, Part Two 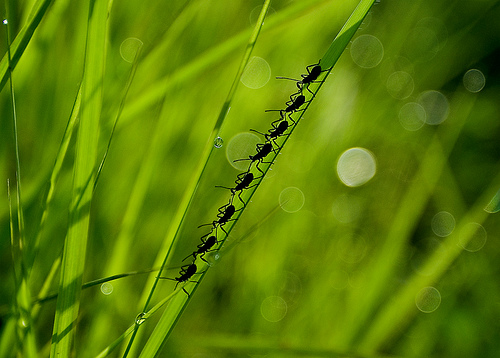 Writing And The Monomyth Continued


Yesterday I began writing about what Joseph Campbell called the monomyth (see Writing And The Monomyth), although I drew more from Christopher Vogler's version of the myth than Campbell's.

Today I want to pick up where I left off and examine the final seven or so steps. (update: I only made it to the midpoint, so I'll attempt to finish off tomorrow.)


The hero has just crossed the threshold from the ordinary world and has landed, probably with a few bumps and bruises, in the special world. In a screenplay this plot point would also mark the beginning of the second act.

Something BIG needs to happen to propel the hero (because I'm talking about the monomyth it feels natural to talk about heroes and villains rather than protagonists and antagonists) from the Ordinary World into the Special World.

The hero must enter the Special World of the adventure willingly, he can't be tricked or abducted, it must be an intentional act.


Blake Snyder makes the point that this is also the place where we start the "B Story", a subplot that, in some way, is the antithesis, the opposite, of the "A Story", the main plot. In Legally Blond this is where Elle Woods (played by Reese Witherspoon) meets Paulette (played by Jennifer Coolidge) in the beauty shop. Paulette--big and showy--stands in stark contrast to Elle's other, more reserved, friends.

The B Story is often a love story, one that echos the theme.


As our hero meets some of the people in the special world and gains a few allies, makes a few enemies, we can relax a little. We can have a bit of fun as we get to know our new friends and become adapted to the strange new world

If there is a 'feel good' part of the story, it comes out here.


7. Approach to the Inmost Cave


We have almost reached the middle of the story. The hero must now become serious and prepare for the ordeal ahead of him. If your hero has a love interest there's time for one last love scene before facing the ordeal awaiting him. This is a good way, too, of making the stakes clear.

In preparation for the ordeal, the hero might try to 'think like the antagonist', to get inside his mind.

However your hero does it, he's going to have to prepare for the ordeal. Even if he is blindsided by the danger he needs to make a conscious decision that he will confront the antagonistic force, whatever it is.

At this point perhaps the hero reorganizes his party, perhaps he makes alliances with his enemies. As he gets closer to the ordeal the pressure builds and the mettle of his traveling companions--as well as his own--will be tested.

As the hero approaches the inmost cave he is beset with obstacles. Common obstacles are illusions--perhaps illusions created by threshold guardians--ominous warnings, impossible tests (I always think of the Kobayashi Maru in this context!), and so forth.


We have reached the middle of the story and are in the midst of Act Two. The hero will confront the antagonistic force working against him and either appear to win big or lose big. Neither of these, though, will be a complete victory/defeat.

Michael Hauge calls this "the point of no return". The hero is now completely committed, there is no going back to the Ordinary World except by finishing the journey.

For instance, in The Firm at the midpoint Mitch McDeere is given a choice: go into witness protection and live in fear of being killed by the mob or spend the rest of his life in prison. Whatever happens his life has been irrevocably changed.

What needs to happen at the midpoint:


- A false peek (it all seems to go right for the hero) or a false collapse (everything seems to go wrong).

- The stakes are raised. The midpoint needs to change the whole dynamic of the story. Fun and games are over, now things become much more serious, much more intense.

The midpoint is a place of transformation, of death and resurrection.  Either here at The Midpoint or, later, on The Road Back, there is often a death, either a literal one--for instance, the hero's mentor dies--or a symbolic one. Someone could tell a story about death or, this is Blake Snyder's suggestion, show a dead flower. But there should be a hint of death, a reminder of the price the hero has had to pay for his victory.

Well! It seems, once again, I've underestimated how many words this would take to explain. I'm going to leave off at the midpoint--it seemed appropriate--and I'll pick up this discussion again tomorrow.


Can you think of a movie, a movie you liked, that does not follow the structure of the monomyth?

- How To Communicate Setting: Establishing Shots
- Exposing The Bestseller: Money Can Buy Fame
- How To Edit: Kill Your Darlings