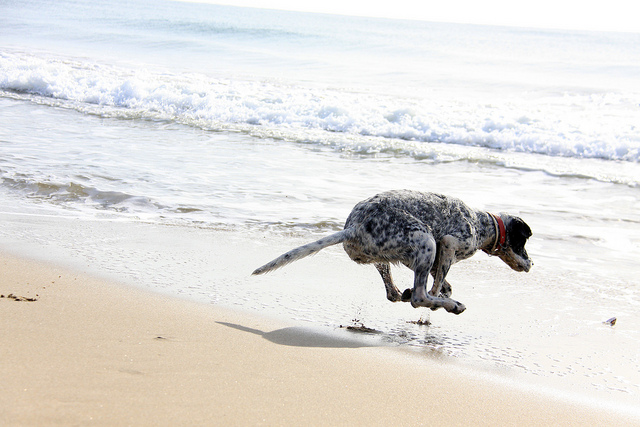 The Most Important Sentence Is The First


The first sentence is what will entice a reader to continue.

When I browse the shelves at my local bookstore or prowl Amazon's digital shelves, I go to the first sentence of the first page.

The first sentence needs to hook the reader. How does it do this? By getting the reader to ask a question they care about getting an answer to. If your prose can do that, they'll read the next sentence. And hopefully the next, and the one after that, and so on, until the last.

Before I read Chelsea's book I hadn't thought in terms of kinds of openings. I knew the first sentence had to contain a hook--that is, raise a question the reader wanted to have answered--but that was all. I hadn't considered that there were different kinds of hooks.


A reader is drawn into a story in one of two ways: shocked or seduced. This is called the hook, and it must be in the first three paragraphs of the text, preferably in the first sentence.


Here is Chelsea's example of a shock hook:


Private Hammond staggered as the bullet ripped into his leg.

What makes this a shock hook? Here's how Chelsea breaks it down:


- The "character is caught up in action that demands his immediate attention."
- It is implied that the ramifications of the action will be of immediate significance to the character.

This has the effect of alarming the reader.

Also, in this example the author communicates a good deal of background information.

Hammond, the central character of this single sentence drama, is said to be a private, implying military rank. Given this, one tends to assume a combat setting. This lends a sense of urgency to the situation by giving the reader a sense of the stakes: his life.

The sentence alarms the reader; it affects them, it plays upon their emotions.

Also notice that the action involved (a bullet penetrating Hammond's leg) demands a prompt response by the character.


Clouds were massing at the horizon, piling up into towers where lightening skidded amid coiling winds.

Seduction hooks are riskier than shock hooks because they give the reader more time to (potentially) turn from the story and resume the many countless tasks that beg for their attention every second of the day.


Pulling off a really strong seduction hook is a major accomplishment, and one that can be overdone. But when used judiciously and appropriately, seduction hooks can be stronger than shocks.

In the example given, you "may offer the storm as a primary problem—an inhuman antagonist—or you may offer it as punctuation to other action, a complication that will either underscore or intervene in on-going events."


Here are a collection of opening sentences. I won't tell you which books they're from right away, but I'm sure you'll be able to guess many, if not most, of them.

These first lines are all drawn from commercially successful books, some spectacularly so. For each of them, would you say it was a shock opening or a seduction?


1) At daybreak, Billy Buck emerged from the bunkhouse and stood for a moment on the porch looking up at the sky.

2) It happened every year, was almost a ritual.

3) Miriam was five years old the first time she heard the word harami.

4) Scarlett O'Hara was not beautiful, but men seldom realized it when caught by her charm as the Tarleton twins were.

5) The terror, which would not end for another twenty-eight years--if it ever did end--began, so far as I know or can tell, with a boat made from a sheet of newspaper floating down a gutter swollen with rain.

7) Mr. and Mrs. Dursley, of number four, Privet Drive, were proud to say that they were perfectly normal, thank you very much.

9) I've never given much thought to how I would die--though I'd had reason enough in the last few months--but even if I had, I would not have imagined it like this.

(I've included the titles as well as the names of the authors at the very end of this blog post so no one accidentally sees the answers.)

It seems that most of the first lines--especially those which come from genre/category books--have shock openings. I would say that 5, 8 and 9 are shock openings while 1 and 4 seduced the reader into continuing. What do you think?

Are your openings mostly shock or seduction? Do they fall somewhere in-between?

- Trying To Replace Duotrope? The (Submission) Grinder Is A FREE Database Of Fiction Markets
- Chuck Wendig On Story Structure
- To Blog Or Not To Blog, That Is Jane Friedman's Question

Reference information for the above nine sentences: