Writing And The Monomyth 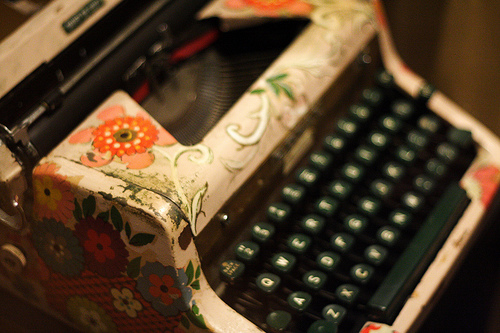 Let's get back to talking about writing, the butt-in-chair stuff.


Just as all philosophy is a footnote to Plato, all plots are variations of the monomyth. Perhaps, in writing circles, the best known version of the myth is the one popularized by Christopher Vogler in his wonderful book, The Writer's Journey.

I believe that every writer has internalized his or her own particular version of the monomyth. This is the structure that organizes our stories.

Each of our individual monoymths is going to be different because each writer is unique. We each have a different perspective on life and the world and this is going to show itself in our work.

What follows is my version of the monomyth. This version is no better than anyone else's (and hopefully no worse!) and I present it here more as an exercise for myself to make my implicit understanding of story structure explicit. If something I write resonates with you then I invite you to use it and if something doesn't then ignore it, it's not for you.


The Stages of the Monomyth


Here we see the hero (the hero can be a male or female) in the ordinary world. This is the life he is used to. For instance, at the beginning of Star Wars: A New Hope we see Luke working on his Uncle's farm.

SHOW the hero in the ordinary world. Take this as an opportunity to show what the hero is good at. What is he comfortable with? What is he terrible at? What are his hopes and dreams?


A force crashes into the heroes ordinary world. Something happens, something changes. Perhaps a herald/messenger comes with news that the hero's great uncle has passed away and left him a mansion. Perhaps a malfunctioning droid shows him pictures of a pretty girl pleading for help.

3. Refusal of the call


The hero doesn't always refuse the call to adventure, but at the very least he has to consider what answering the call would mean. What would he have to give up? What might he gain?


If the hero refuses the call to adventure the mentor can help spell out the stakes for him and motivate him to explore the strange new world that awaaits those few brave enough to attempt the journey. Even if the hero is eager to be off, the mentor can provide him with advice, or perhaps equipment, or--if it's a fantasy--a magical charm or three.

Often the mentor travels with the hero as a helper. Nearly always the mentor dies or leaves the party before the climax of the story, leaving the hero on his own to meet the final test alone.

Think of Mr. Miyagi in The Karate Kid or Obi Wan Kenobi in Star Wars: A New Hope. The mentor knows more about the special world where the adventure will take place (e.g., the world beyond Luke's home planet of Tatooine; knowledge of The Force).


Before the hero leaves the ordinary world he often has to pass a test given by a threshold guardian. He doesn't quite pass the test, or he does but he makes the guardian angry, and is tossed into the belly of a whale, or trash compactor, or otherwise left for dead.

In any case, something happens to the hero such that he is swallowed into the unknown and begins--perhaps grudgingly--to adapt to the ways of the special world.

The special world is the land of adventure. There are different rules here, different social norms, different dangers. What the hero was good at he is no longer and what the hero couldn't do before now becomes possible.

After entering the special world the hero goes through a period of adjustment. Think about Luke when he goes into the Mos Eisley Cantina with Obi Wan Kenobi and the wonderful strangeness of the customers, the setting.

Have you ever used the monomyth to help structure your stories? Is there another structure you use? If so, please share!

Update: The discussion of the monomyth is continued here: Writing And The Monomyth, Part 2.

- Steven Pressfield Gives Writers A Pep Talk In A "Get Off Your Duff And Start Writing!" Kind Of Way
- Pixar: 22 Ways To Tell A Great Story
- Podcasting on the iPad