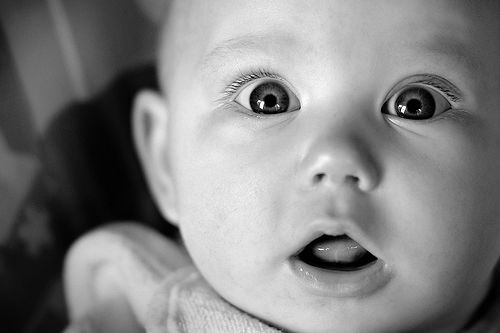 Okay folks, I've taken the plunge and put together a podcast!

Please keep in mind this is my FIRST podcast. One's first time doing anything is not going to be anywhere close to polished so please keep that in mind. Also, although I'm getting a proper mic on the weekend, today I made due with the built-in mic on my iPad.

As you can see, I've embedded the sound file at the top of this post. If it doesn't show up for you, please let me know.

For those of you who would much rather read than listen, I've included a written transcript here of what I talked about.


Jim Butcher, in his Story Craft blog post writes that stories are about characters attempting to attain goals. The problems, the setbacks, a character encounters makes him or her struggle and creates tension.

But, ultimately, whether we'll be interested in a particular story depends on whether we find the character's interesting.

So, what makes a character interesting?


What makes a character interesting?


I imagine different writers would answer this in different ways. My goal as a story teller is to tell an entertaining story so I seek out the advice of authors who have created stories which have entertained me. Authors like Jim Butcher.

Mr. Butcher has a list of characteristics that make a character interesting--and I want to talk about them all one day soon--but for now the one that interests me is "verisimilitude", verisimilitude being "the quality of appearing to be true or real". A character that has verisimilitude will "have the appearance of being real". In other words, they will act and react believably in whatever world you've set up.

What makes a character act believably?

I think consistency is a big part of believability. (It can be that a character consistently seems to behave randomly). A part of consistency is just something simple like don't give a character blond hair in one scene and red hair in another, at least without some sort of explanation.

There are two parts to creating believable characters:

a) Being clear about what your character is like, their traits, quirks and mannerisms.


If this isn't clear then it will be impossible to predict their behavior.

b) Assigning different characteristics to each character.


These characteristics should be markedly different so that it's easy to tell characters apart. Also, if, say, "grey eyes" are being used as a tag for one character then try to avoid using that as a tag for another character.


Tags, traits and tells are concepts writers can use to help create interesting, unique, characters.

The first time I came across the concept of tags and traits was courtesy of Jim Butcher so he's the one I quote from, below, although writers such as Dwight V. Swain have talked about the concept as well.


Tags are physical characteristics that define individual characters and differentiate them from the rest.

Here's what Jim Butcher wrote about them in his LiveJournal blog:


TAGS are words you hang upon your character when you describe them. When you're putting things together, for each character, pick a word or two or three to use in describing them. Then, every so often, hit on one of those words in reference to them, and avoid using them elsewhere when possible. By doing this, you'll be creating a psychological link between those words and that strong entry image of your character.

For example; Thomas Raith's tag words are pale, beautiful, dark hair, grey eyes. I use them when I introduce him for the first time in each book, and then whenever he shows up on stage again, I remind the reader of who he is by using one or more of those words. (Characters)


There are a couple of different ways of thinking about traits. Jim Butcher views traits as "decorations hung onto the character for the reader's benefit."

For instance, Harry Dresden's black duster, his staff, his blasting rod and his pentacle amulet are traits. Bob's traits are the skull, how his eyes light up, his intelligence, and so on.

That's one way of thinking of traits. Here's another:


A trait is a disposition. Examples: Being ambitious, or anxious, or bossy.

On this view--and this is how I look at it--there are tags, traits and tells, a tell being how a trait/disposition is manifested.

For instance, if a character is anxious she might bite her lower lip, jump at small sounds and gnaw her fingernails.

I call how traits manifest--nail biting and the like--tells because a tell means "to make known; reveal." It reveals a character's traits/dispositions.

To sum up, we have tags--physical characteristics like blond hair and freckles that don't have anything to do with the character's psychological makeup. Then we have character traits which are internal dispositions (e.g., anxiety) and tells (e.g., nail biting) which are how a character's traits manifest.

The importance of being different


Tags, traits and tells should be unique to a character since one reason for coming up with these markers is to quickly differentiate one character from another.

For instance, let's say we have a character, Pam. Pam has blond hair, a voluptous figure and loves mathematics. Although she fits the stereotype of the blond bombshell she is smarter than just about everyone else.

Pam's tells:
- Can do math problems in her head quicker than a calculator.
- A favorite lecturer at the university.
- Chairs a number of committies.

When a character is introduced also introduce their tags, traits and tells. Repeat each two or three times to fix them in the readers mind.

For instance, the way technology malfunctions around Jim Butcher's character Harry Dresden is a manifestation of the trait of being a wizard/magic user. The blue beetle, Harry's low tech car, is perfect for Harry because of this trait even though the car is falling apart.Harry's icebox--he doesn't have an electric fridge--is, again, a concession to his shorting out anyting technological within arms reach.

You see how tells can help not only define a character but can suggest plot elements.

- Podcasting
- Good Writing: Using The Senses
- Dwight V Swain On How To Write A Novel