Fate Core And The Creation Of Magical Worlds 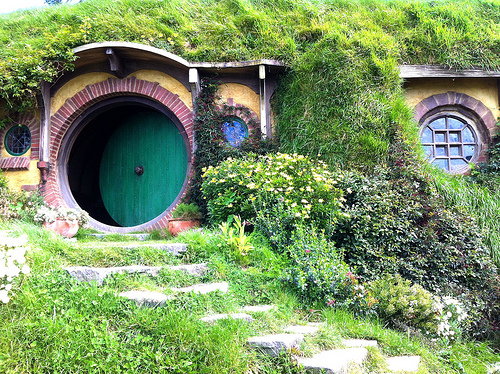 Yesterday I talked about role playing games and how they could help authors develop their fictional worlds.

The discussion was inspired by the delivery of the first set of files from Fred Hicks Kickstarter project, one of which was beguilingly entitled: Magic System Toolkit.

Anyway, as I said, I went into full-on geek mode and started to write about how Fate Core can help authors develop magical systems for their fictional worlds.

As I mentioned yesterday, the Toolkit breaks this down into 5 aspects or questions: Tone, Craft, Limits, Availability and Source. Let's go over them.


I discussed tone yesterday (see: Roleplaying Games, Writing, And The Creation Of Magical Systems) but, briefly, tone is about the very nature of the magic system you are creating. Will it be neutral (have no mind of its own--no opinions) or will it be biased--flavored--in certain ways? One common way for magic to be flavored is for it to come in light and dark varieties and, depending on whether it is light or dark, it will behave differently.

Another way magic can have tone is by being opinionated. That is, it originating from an agent, someone with intelligence and will. (For more on this see my article from yesterday.)


There are two kinds of ways one can pay a cost for using magic. One can pay a price or take a risk.

Keeping in mind I've never gamed with the Fate Core system, it seems to me that the main difference between a price and a risk is when the cost is paid by the magic user.

The PRICE would be known well before the magic was invoked so the character would have time to think about their choice and prepare themselves. Often the price paid would also be whatever it was that powered the magical spell (burnt herbs, etc). In this sense, the price paid would be a condition of the magic being kindled and would therefore be paid before any magic stirred.

A RISK, on the other hand, would be paid either as the magic is being kindled or as it is unleashed. (If the price is paid while the magic is being Kindled the spell itself has a chance of misfiring.) Also the magnitude of the cost for kindling the spell is unknown to the caster until the process has begun. Once they find out what the cost will be it's too late to change one's mind. (I can imagine a story where the twist at the end is that the cost of the spell was so high the protagonist won a Pyrrhic victory.)

When there is a risk to using magic then each instance of magic use must be carefully considered. Just because your last three casts went well--sure your rosebush died but you didn't like it anyway--doesn't mean your fourth will too.


The TOOLKIT mentions that magic systems which choose price over risk often have the subtext that "power has a price".

The TOOLKIT mentions, also, that price lines up well with flavored magic and risks line up well with neutral magic. For instance, you could have it that 'light' spells had a price which could be paid by the energy released from burning dried plant material, and so on, while dark magic required blood to be shed, lives to be extinguished.

Or, perhaps, the price would be the twisting, or tarnishing, of one's very soul (Kim Harrison's Hollows series is a good example of the later.)

Perhaps I'm wrong--it has been a while since I read the books--but the world of Harry Potter seems to be one that tends more toward risks. Think of all the times Ron's spell comically backfired.

The TOOLKIT mentions that both price and risks work equally well with opinionated magic. One of the main risks inherent in using opinionated magic is that you'll come to the notice of some very grumpy, very powerful, beings.)


- How common is magic in your world?
- Is the source of magic abundant? For instance, are there lots of lay lines and are they at full strength?
- Independent of how common magic is, there may not be many people who have the ability or knowledge to access the magic. Can anyone, potentially at least, access magic? Does accessing magic take ability or knowledge? Or both? Does everyone have the ability required or only a few?


If magic can do anything it becomes uninteresting. What limits magic, and magic use, in your world? What can't magic do?

Can it do anything you could do in a more conventional way?

Are there certain kinds of magic that won't work in your world? What prevents magic users from casting powerful spells all the time?


Will everyone in your world be able to use magic or only a few?

For instance, it's a fairly common setup to have only a few individuals who are able to do truly spectacular magic--and then a lot of folks who do lesser spells, spells of convenience to help cook dinner or herd sheep. Kind of like a pyramid with one or perhaps two amazingly powerful spellcasters on the top and a lot of people on the bottom who can use magic to do things like pick locks and kindle fire.

There would need to be some sort of explanation about why only a few people can do amazing magical spells. One way of explaining this would be to say that it had to do with the amount of energy a person could channel. Those born a certain way--genetic mutants or members of a particular race--could channel a lot of energy while the ordinary person could only channel a little.

Which brings us to our next magical aspect: the source of magic in your world.


It doesn't matter what your explanation is for where magic comes from but it is extremely important than you have one and that it makes sense to you.

You need to know what magic can do and, more importantly, what it can't do.

You don't have to tell anyone what the source is and perhaps it's better if you don't.


You're under no obligation to share this explanation with the players, and in fact this is an area where I actually encourage a little discretion. Not because you can't trust players with this information, but because your magic system is going to feel a hell of a lot less magical after you've explained it all. A little bit of mystery is essential to the magical feel. (Magic System Toolkit)


What Does Magic DO?


Although we've finished discussing the five aspects of magic we still haven't addressed the most important question:


What does magic NEED to do in your world?

Why does there need to be magic in your world? What does it do? What do you need it to do?

Well, that's it! Of course that's just the tip of a very large iceberg but I think it was enough to get me started crafting my own system. This is going to be fun!

- Roleplaying Games, Writing, And The Creation Of Magical Systems
- Analyzing Story Structure
- The Trouble With Adverbs