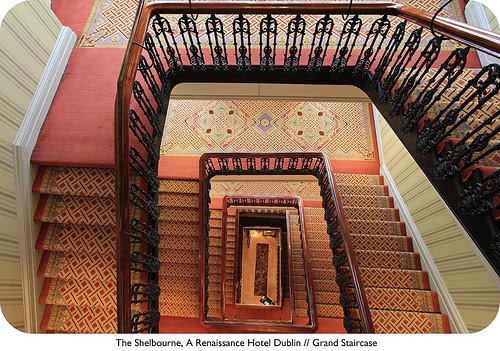 
I started reading Wool yesterday and was amazed by the story. Hugh Howey's characters and events are emotionally compelling. The world of Wool is stark, filled with unpleasant realities, but the characters refuse to give up, they refuse to abandon their humanity.


This collected work is dedicated to anyone who dares dream of a better place.

When I read that something clicked for me.

Wool is more than a book. It tells the story of a Silo and the people who live within its metal grip but, somehow, Hugh Howey has managed to do what all great authors have done since time immemorial, he has reached beyond himself, beyond his story, and connected with something universal.

I'm bringing this up because I don't want to lose sight of this aspect of the craft.

What I talk about in these essays—the questions I present ("What is your character's goal?"), the formulae—are meant to be intuition pumps, to help get us thinking in terms of story, they can't be the whole kit and caboodle.

Okay, now let's continue on with our series.


This post is part of a series about a method I'm calling the Starburst method. You can read the first two chapters here:

Perhaps this method is more like sculpting, cutting away parts that don't belong and adding ones that do.


Five Paragraphs: Setting Up The Story


Today we're condensing our story down into five paragraphs. By the end, ideally, we will have reduced each paragraph to a single sentence. Each paragraph represents one stage of the hero's journey.

Let's go through them.


1.a. How is your hero DISTINCTIVE?


Most stories take the hero out of the ordinary, mundane world and into a Special World, new and alien. This is the familiar "fish out of water" idea which has spawned countless films and TV Shows (... The Wizard of Oz, Witness, ... Trading Places, Beverly Hills Cop, etc.).

If you're going to show a fish out of his customary element, you first have to show him in that Ordinary World to create a vivid contrast with the strange new world he is about to enter. (The Writer's Journey)

Last time we started to get acquainted with our protagonist. Although we don't know everything yet we have an idea what he does for a living, his name, his special ability as well as his weakness, and so on.

Here's another question: In the ordinary world, where your hero isn't perhaps very heroic, what is the most distinctive thing about him or her?

Or perhaps your protagonist is much too much caught up in what society expects of him.

Or maybe he is hopelessly in love with someone unattainable.

Think of some one thing that your character is noteworthy for, that makes him distinctive. That sets him apart from everyone else. What is it that makes the other characters in your story care about him? (They may want to murder him, but that's still a kind of caring! He influences the actions of others.)

For instance, Nathan Bransford in the query letter for his book, Jacob Wonderbar and the Cosmic Space Kapow, had this to say about his protagonist:


Jacob Wonderbar has been the bane of every substitute teacher at Magillan Middle School ...(My Query Letter for JACOB WONDERBAR)

In only a few words NB paints a clear picture of his hero.


That's the first part, setting your hero, your protagonist (I'm using those words interchangeably) as distinctive. Now we need to explain his uniqueness.

There's another part to being a hero, the tragic bit. Many, perhaps most, heroes have something very wrong with their lives, some tragedy. This tragedy can perhaps help explain why he is distinctive in the way he is.

For instance, if your hero is a thief perhaps it's because his parents died when he was a child and he had to raise himself on the streets.

This is how Nathan Bransford put it:


Jacob Wonderbar has been the bane of every substitute teacher at Magellan Middle School ever since his dad moved away from home. (My Query Letter for JACOB WONDERBAR)

Jacob is a terror at school but we get the idea that's partly because of his dad's absence. That one sentence encapsulates, summarizes, gives us a snapshot of the hero's distinctive challenges and character.


Everybody needs somebody, even heroes. Who are your protagonist's friends and helpers? What do they do for the hero? What are their weaknesses?

In Lord of the Rings Pippin and Merry are troublemakers. They love eating (they could eat their weight in lembas!) and smoking 'leaf' and they nearly get Frodo killed more than once, but no one could fault heir bravery when a friend was in danger.


He never would have survived without his best friend Dexter, even if he is a little timid, and his cute-but-tough friend Sarah Daisy, who is chronically overscheduled.

Again, this paints a compelling picture.


Tomorrow we'll continue this series and finish fleshing out our five paragraph summary. See you then!

What are you writing about at the moment? What makes your protagonist distinctive? Does she have a tragic past? Who are her friends? What are her friends' weaknesses? What can her friends do well?