Fleshing Out Your Protagonist: Creating An Awesome Character 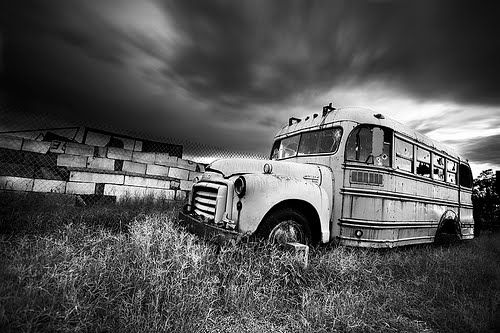 I know I've said this before, but Elizabeth S. Craig has a great Twitter feed for writers (@elizabethscraig). Whenever I want to read a helpful article on the art and craft of writing I just browse Elizabeth's tweets. (Her mystery novels are great too!)

I wanted to remember to say that because I found the article I'm discussing today through Elizabeth's tweets: She's No Mary Sue: Creating Characters People Care About.


Yesterday I wrote my first horror story! I've been wanting to write one for ages but never had an idea that grabbed me, that made me think: that'd be a fun story to write.


The Power Of Writing Exercises


Honestly, I don't do a lot of writing exercises. I'd rather spend my time on my work-in-progress or developing a new story. But, as I say, I'd been wanting to write a horror story for some time but something was holding me back. It was difficult getting into the right head-space.

Here are some of the writing prompts I came up with:


Flash Fiction Challenge: The Wheel, Part Two (Part one is here.)
[Subgenre] in [conflict] [featuring ...]
- Bad girls in prison need to hide a body featuring a vengeful god.
- Lovecraftian revenge and a suitcase full of money.
- Alien abduction, a character being hunted and a mysterious stranger.

And, last but certainly not least, Chuck Wendig's latest flash fiction challenge features photos of places that look impossible but are actual landmarks. The challenge: Write 1,000 words inspired by one of the photos.

I decided to combine Chuck's last two challenges and write a horror story involving an alien abduction, a character being hunted and a mysterious stranger. Further, I decided it would take place here: The Crystal Cave in Skaftafell Iceland.

I also decided that the story would take me two hours to write and come in at just under 1,000 words.

Are you laughing? You should be! It took me around four hours and I blew way past the 1,000 word mark--I ended up writing about 3,000 words!

But that's okay. I now have the first draft of a story I'd like to read. And, for me, that's what it's all about. Sure, selling one's work is nice--we all need to eat--but a big reason why I started to write was that I wanted to create (or discover) the kind of stories I loved to read.

But now I'm at the stage where I need to develop my protagonist.


Fleshing Out Your Characters


At the moment my protagonist has a few bones, a more-or-less complete skeleton, but very little skin (metaphorically speaking, of course!).

Today, before I start work on the second draft, I need to put some meat on her bones and I do that by asking questions. A great resource I use regularly is Donald Maass' The Breakout Novelist Workbook as well as my notes from his workshops (see here, here and here).

Recently, though, I came across the blog post, She's No Mary Sue: Creating Characters People Care About, by Susan J. Morris. Susan points out that all stories are about a character with a problem and how that character solves, or fails to solve, that problem.

Give your readers a glimpse, early on, of your hero's eventual greatness


Also, and I thought this was a brilliant way of looking at it, Susan points out that, at the end of your story, chances are your character (unless it's a tragedy) will become kinda awesome. And that's good because they'll need to be awesome to conquer the villain and achieve their goal.

But at the beginning of the story your character is a long way from being awesome. This is both good and bad. It's good because every character--especially your main character--needs an arc. It's bad because characters who aren't good at something tend to be boring; and that's VERY bad, especially at the beginning of a story when you're trying to convince people your story would be all kinds of interesting fun to read.

The solution: give your readers a glimpse, early on, of your protagonist's eventual greatness. Susan writes:


Your character is going to be awesome. Once they get to page 275. Heroes rarely start out heroes. But generally speaking, the unformed hero has about as much dynamicism as a lump of clay. Even if you are writing an origin story for your hero, you have to figure out what defines your character, what makes them awesome, and give us a glimpse of it early so that we’ll stick around to page 275.

That sounds great, doesn't it? There is a problem. At the beginning of your story you probably don't know exactly how the story is going to end and your grasp of those traits which make your character the heroine they were born to be is going to be limited at best.


One way to figure all that out is to write your character’s quintessential scene—the scene that defines them as a character. Don't worry about whether it even belongs in the book! Just writing the scene will help you work through their character. The first scene in Indiana Jones and the Raiders of the Lost Ark is quintessential Jones. You learn he’s an adventuresome archeologist who is afraid of snakes, that he has a mean arm with a whip and a near-constant smirk, neither of which help him against his constant antagonist, and that he always recovers his hat.


As I wrote earlier, I love using character questions to help me flesh out my protagonist. I don't have a cut-and-dried method, but I find if I know the answers to these sorts of questions before I begin editing my first draft that the writing, and re-writing, goes much quicker.


1. What does your character want more than anything and what is stopping them from getting it?

2. What is the one thing they wouldn’t do to get it?

3. What does your character fear more than anything, and what would make it even worse?

4. What unexpected thing are they really good at?

5. What assumptions do people make about them that always make them angry?

6. What event has changed the way they look at life and why?

7. What is hardest for them to forgive?

8. What are three positive and three negative adjectives you could use to describe them?

9. If your character had a facebook, what embarrassing secrets could we dig up on them?

10. When your character goes to a party, do they under-dress or over-dress? Do they come and leave on-time, early, or late? Are they a wallflower or the center of attention? Are they excited or filled with anxiety? (She's No Mary Sue: Creating Characters People Care About)

How do you put flesh on your character's bones? Do  you ask questions? Freewrite? Do a character interview? Something else?

- Dean Koontz And 5 Things Every Genre Story Needs
- How Plotting Can Build A Better Story
- Building Character: The Importance Of Imperfection