Connect With Readers' Emotions: How To Make People Cry 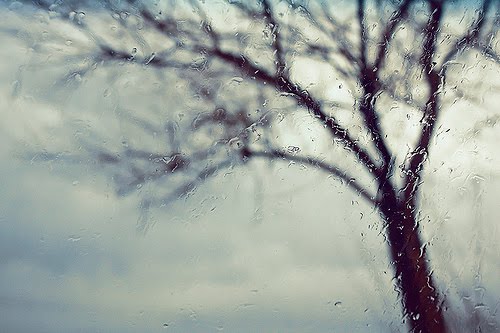 Yesterday I talked about how Chuck Wendig writes a novel. Chuck gave great advice, but one point in particular stayed with me: make your characters compelling.

What we as writers want, the goal, is to reach through our prose and connect with our readers, our audience, emotionally. Or intellectually. But chances are we won't be able to do anything with their minds unless we've got their hearts.

But how do we do this? How do we reach out to our readers through words and move them to laughter, to tears. How do we make them joyful or sad?

(And I suppose this raises the question: What effect DO we want our stories to have on our audience? How do we want to leave our readers? Filled with happiness over a long lost love rekindled or terrified out of their wits, hiding under bed covers, scared to use the loo because they don't want a clown to eat them? [That makes me sound bitter about reading It, but it truly was one of my favorite books!])

Here's what I'd like to talk about today: How to make someone cry.

I know that sounds mean! And I'm not mean, I'm nice. Really! But I think of these blog posts as writing 101--this isn't creme brulee it's bread pudding. We're looking at the basics.

I think one of the easiest emotions to evoke is sympathy, sympathy aroused by an injustice.

Let's talk about how to build character identification, what sorts of character traits we'll need, what sort of trials and tribulations we'll need, if we want to move our readers to shed tears.


1. Give The Reader A Chance To Get To Know Your Character


Don't be too quick to put your character in jeopardy. Build some character identification first. Marg McAlister in Make Your Readers Cry writes:


You've probably been advised many times to plunge the reader into the story right away. Start at the point of change. Dive into the action; involve the reader.

This is good advice - to a point.

I've read far too many books (published and unpublished) in which the author has begun with Something Bad happening to the main character. The idea is to get the reader hooked from the first sentence. Oh my goodness... how will Jane get out of this?

The bad news is, it doesn't always work. And almost always, the reason it doesn't work is because we're reading about strangers. To become really involved you have to 'become' the viewpoint character. Then you will feel her pain!


This point is about pacing. Sometimes you want to move the reader quickly from one scene to another. No one wants to sit beside your protagonist as she drives to the corner store to pick up some milk, but we (ghoulish readers that we are!) would like to be there for the holdup she'll walk in on.

This applies especially when we're writing about something sad that we want to focus the readers attention on. Jody Hedlund in Creating Characters that Make Readers Cry writes:


Slow down and show. In those especially charged scenes, I slow down the action and I take the lens of my mental camera and zoom on specific details and emotions. This isn’t the time for a panoramic or big picture shot. This is the time for a close up. I point my camera around the scene trying to capture the heartache in ways that SHOW the emotion and tension I'm trying to convey.


In order to make readers care we have to tap into primal desires. In Save The Cat, Blake Snyder writes:


You say “father” and I see my father. You say “girlfriend” and I see my girlfriend. We all have ‘em — and it gets our attention because of that. It’s an immediate attention-getter because we have a primal reaction to those people, to those words even! So when in doubt, ground your characters in the most deep-seated imagery you can. Make it relevant to us. Make it something that every caveman (and his brother) will get.

Make it, say it with me now…primal!

Blake Snyder's quotation is by way of Therese Walsh's article, How to make readers cry, in six steps.

- Chuck Wendig On Writing: How He Writes A Novel
- The Starburst Method: The Hero's Journey, Part 3
- The Magic Of Stephen King: How To Write Compelling Characters & Great Openings