Building Character: The Importance Of Imperfection 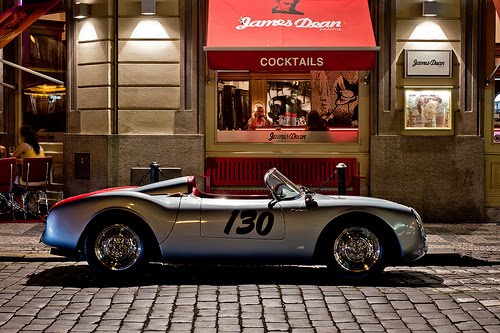 Your Characters And The Importance Of Imperfection


Perfect characters are boring. They need flaws, but not just any flaws.

In her article Push Your Character Into Interesting, Kathy Steffen writes:


Build the flaw from your character’s fears and desires and make it so important, if it were to be pulled out of your character, there would be no story.

Here's how I think of it: your character has fears and his fears lead him to make mistakes, big mistakes. As Frank Herbert wrote in Dune:


I must not fear. Fear is the mind-killer. Fear is the little-death that brings total obliteration. I will face my fear. I will permit it to pass over me and through me. And when it has gone past I will turn the inner eye to see its path. Where the fear has gone there will be nothing. Only I will remain. (The Bene Gesserit litany against fear, Wikiquote)


Examples Of Great Character Flaws And How They Drive Plot


Your character's fears will ruin them, if left unchecked they will prevent your protagonist from reaching her goal. Your characters must learn to face their fears, whatever they may be. Kathy Steffen gives a couple of great examples of this:


In White Oleander Astrid Magnussen needs to grow away from her mother’s influence and become who she really is, not the imitation that her mother has tried to make her. As Astrid journeys through various foster homes, we see her make mistakes by following what she’s learned from her mother. As the story progresses she begins to see her mother for what she is and finally decides to forge her own way in the world, all the better for having the confidence to leave her mother’s ways behind. The reader is rewarded when Astrid begins to understand her own true nature and follows her heart.

.  .  .  .
In What the Night Knows by Dean Koontz, the lead character, John Calvino carries a dark secret. When he was a boy, John’s family was murdered. As an adult he keeps this secret to protect his children, but the reader sees keeping the secret as his inability to face the past. Calvino’s fear takes center stage in the form of the malevolent family-murdering spirit and drives the action of the book until the end. The story is inseparable from the lead character, which makes for a tightly woven external and internal plot. (Character Flaw: Make it Count)


How To Create Flaws That Drive Your Story Forward


1. The fear is tied to the protagonist's external goal


In order for the protagonist to get what he wants, John Calvino must overcome his fear, confront his past and defeat the malevolent spirit. If he didn't have this fear we wouldn't have the same book.

2. How the protagonist's fear affects other characters


Show how your protagonist's fear harms the other characters in your story. Show how the hero, because of her fear, is responsible for bad things happening to the people she loves.

3. A strength, carried too far, can also be a weakness


We have been looking at how fear creates flaws, how it gives a character much needed weaknesses, but a strength can do the same thing if taken to extreme.

Kathy Steffen mentions Harry Dresden here and he is the perfect example. His protectiveness of women and children--particularly outrageiously attractive women who do all sorts of interesting things to his hormone levels--constantly allows him to be lindly manipulated by the bad guys and creates conflict.


Go even further and push a positive trait to the dark side to create an antagonist or villain. A character who is strong-willed and reliable (good trait) also needs to be in control or becomes pushy (uh-oh, getting grey-area) and can also insist on his own way, becoming cold-hearted and abusive (ah, the dark side) to get what he wants. Take a principled, idealistic character with a strong sense of right and wrong and look closer. Is he relentless and obsessed? Judgmental, condemning, self-righteous?

I didn't use this article for my blog post today, but I wanted to recommend it: Better Plotting: 7 Ways Your Characters Can Screw up Their Decisions. Lots of great, specific, advice.

- Ernest Hemingway And The Purpose Of Writing
- Revising Your Manuscript And Building Suspense: Making Your Character's Stakes Both Clear And High
- The Starburst Method: Summarizing Your Story In One Sentence