Writing And Publishing In 2013, How To Survive And Thrive: Part Two 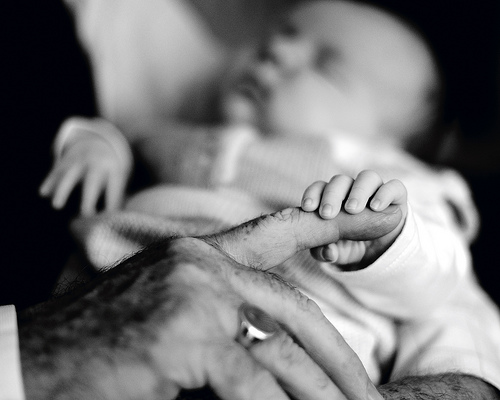 This is the second part of a two parts series about how to survive and thrive as a writer in 2013. The first part is here: Writing And Publishing in 2013: How To Survive And Thrive.


4. What Should We Write About?


What should we write in 2013? Non-fiction, mainstream fiction? Genre fiction? If so, which genre? Paranormal romance? Urban fantasy? And what's the difference between the two? (See: What's The Difference Between Paranormal Romance And Urban Fantasy?) Or perhaps something genre-bending like a romantic western comedy on Mars? (I jest)

These days we're spoiled for choice.

Write what you love


Kris Rusch had an excellent post on this topic last week, and I agree with her 100%: Write what you love.


[A writer] should write the best story she can possibly write. She should be stretching her wings, trying harder with this book than she tried with the last book. If she feels safe and comfortable in the knowledge that the book will make all of her readers happy, she’s probably not trying hard enough.

In her creative office, every writer should feel like she’s on a high wire twenty stories off the ground over a major highway with no net to catch her if she falls. She should worry that this book is beyond her skill level, that she might not know enough to write this one, that she might not be good enough to pull this off.

At the same time, she should be having fun—but an adrenalin-junkie kind of fun, an I-can’t-believe-I’m-up-here-trying-this kinda of fun. (The Business Rusch: Where Art Meets Commerce)

It used to be that writers would scramble over themselves to get on email lists editors frequented in the hope that mention would be made of what kinds of stories were being accepted.

No one can predict what will be 'hot' in the future


For instance, at a conference I attended three years ago I was told, confidently, by a senior editor at a large publishing house that angels were the new vampires. "Three years from now," she said, "we're not going to be reading about vampires". Riiiight.


5. Diversity Is Your Friend


Why? To maximize exposure. Some readers prefer print, so set your book up at CreateSpace or Lightning Source and provide a print on demand (POD) version. Head over to Audio Creation Exchange (ACX) and do up an audiobook (you can pay to have this done by professionals or do it yourself at home).

In an article talking about how her Kobo sales have taken off, Lindsay Buroker writes:


Canada-based Kobo wasn’t on my radar at all in 2011 (my earnings were fairly negligible there), and it wasn’t until Mark Lefebvre, Director of Self Publishing and Author Relations at Kobo, sent me a note in early 2012 (as a result of my woefully neglected self-publishing podcast) that I started following them more closely.

Nice! The point is, one can never tell which seed is going to germinate, sometimes it's the unlikely ones. I think the best approach is to try everything and see what works for you.

But don't stop at podcasting! Doing a video can be scary, but try reading a scene or two from one of your stories and then uploading the file to YouTube (or a similar service). Provide a link to your blog or wherever listeners can find out more about your work.

Lightning Source vs Createspace:
Jen Talty: Amazon's CreateSpace Vs LIghtning Source
Recording an audiobook:
How To Record Your Own Audiobook: Setting Up A Home Studio
Making a video:
7 Reasons Why Writers Need To Start Using Video For Book Promotion, Joanna Penn


You want to help readers find you as well as your work. Last week I wrote about blogging and I feel that blogging is a great way to connect with folks, but don't leave it there. (And, yes, this is a 'do as I say not as I do' moment!)

What is the advice we're given about writing? Engage as many senses as possible! But this doesn't just apply to writing. It applies to everything, including self-promotion.

What is your goal when you sit down to write? What are you trying to do with your story? You're attempting to reach out to whoever is reading it and engage them, make them care. How do we do that? Through the senses: sight and hearing among them.

Videos and podcasts, as well as blogging, help make a connection with others. And it's free.

Joanna Penn was one of the first writers to take advantage of the possibilities YouTube afforded writers. In fact, that's how I first heard about her, because of one of her video interviews. And, as I mentioned above, Lindsay Buroker has had folks discover her through her podcasts. Those are just two examples, I know, but I do believe that video and podcasting are two ways of reaching out to an audience that are worth exploring.


6. How Much Time Should I Spend On Social Media?


I've heard folks say that for every hour of social media time one should spend 3 hours writing, and that's not a bad idea, but I think it misses something obvious: Every writer is different. It depends on what your goals are.

Let's talk about goals. Everyone's different, but it takes me at least four hours of editing for every hour of writing.  Since I write about 1,500 to 2,000 words an hour that means every 2,000 words of finished manuscript represents five hours of work.

That was all calculated on one hour of writing and four hours of editing.

By the way, I'm not talking about editing the writing done that day. If you're anything like I am, that would be inviting disaster--I'd never get through the first draft!

Also, I'm not suggesting you spend one hour writing per day and spend the rest editing--though that wouldn't be a bad idea.

Every writer is different and many--myself included--like to write a fast first draft which means writing for two or three weeks straight and then editing. Do what works for you. If you're not sure what that is yet, experiment.

So where does this leave us with social media? If you're writing full-time (say 10 hours a day) you still have five hours left in your work day. (I know I haven't accounted for breaks or days off. These figures are approximate.)

Let's say you spend an hour and a half of those five hours doing administrative tasks like sending your previous work out to new markets or publishing your work yourself, answering writing related email (invitations to do interviews, guest posts, asking other writers to do the same for you), and so on.

Another hour and a half could be spent on stretching your wings into new markets. Try out podcasting, video blogging, whatever. Try something new. If it doesn't work, fine! But something will. Eventually.

Sooner or later something will catch and chances are it'll be the least likely thing you did. Hugh Howey is a great example of this.

That leaves two hours for social media. I use Twitter, Google+, Pinterest and a little bit of Facebook, but whatever social media appeals to you, use it to your hearts content for two hours.

This is what a 10 hour day would look like:

That's approximate. I'd probably spend more time writing and editing--or at least I'd like to. Administrative tasks seem to eat up most of my time.

What you can accomplish writing 1 hour a week


I think the overwhelming majority of new writers don't write full time. So lets look at a schedule for someone who can only write two hours a day, five days a week.

This is a rough approximation. The schedule will look vastly different depending on the writer. Also, in the beginning you likely won't have to spend as much time on administrative duties since you won't have as much work to send out, as much email, and so on. Also, if you can fit your social media tasks into odd moments of the day (waiting in line at the bank, buying lunch, riding the bus, etc.) you'll have more time to write.

How much work could a person using this schedule produce in a year? Let's take a look:

Not bad for one hour of writing a week!

You are the expert on you.

What are your goals for the new year? How are you planning on stretching yourself as a writer?

- How Many Drafts Does It Take To Write A Novel?
- Writing Goals Versus Writing Dreams: How To Get From One To The Other
- The Structure Of Short Stories: The Elevator Pitch Version