The Cure For Perfectionism 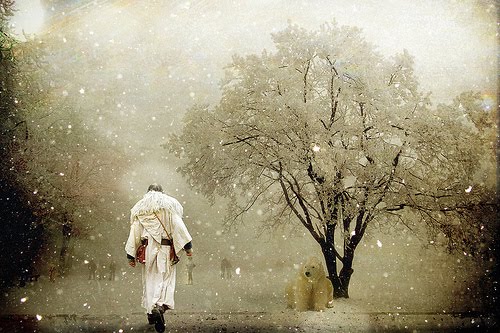 A fellow blogger and writer, John Ward, published a post today about the problem of perfectionism. (See: The Trap of Perfection)

That got me thinking.

I know I've written in the past about my encounters, actually they were more like knock-down-drag-out fights, with writer's block and how the feeling that one's prose has to be perfect lies at the heart of it. (See: Perfection Is The Death Of Creativity)

Of course we all want our writing to be brilliant, but there's a special sort of inferiority, a certain acute sense of ennui, of hopelessness, that blossoms within me whenever I read a truly stunning piece of prose--two of my favorite writers are Neil Gaiman and Margaret Atwood--and I'm pretty darn sure my own scribbles aren't going to ever ascend to that level.


The Cure For Perfectionism


The cure, for me, is to realize I'm not alone.

It's not just your prose that is likely never going to ascend to the dizzying heights of the greats. The overwhelming majority of writers--and here I'm talking about professional writers, folks who have spent their careers publishing book after book and who sell well--aren't going to be wordsmiths of that caliber. (This is, of course, IMHO.)

So, you're in good company. Professional writers don't let the fact that they probably will never be nominated for a Nobel Prize in literature stop them from writing the best darn story they can. Remember, stories are about plot too, and creating narrative drive and all the rest of it.

While Dan Brown will likely never be nominated for a Nobel Prize in Literature, he told a darn fine story, one that many folks enjoyed reading and that sold well. For me, Dan Brown is an inspiration.

The next time you're feeling as though your writing will never be 'good enough', go down to your local bookstore and browse through the bestseller section. These are books that have sold hundreds of thousands of copies and I guarantee you that you're going to find at least one book where you have the reaction: I can write better than this.

In those times when you feel like giving up, look at books like these. Sometimes that's just the sort of perspective you need to leave your self-doubts, your self-consciousness, behind and write.

If you have a tip or trick for smothering the siren call of perfectionism please leave a comment. I'd love to hear from you.

- The Value of Google+ As A Writer's Platform
- Getting Ready for 2013: A Writer's Guide
- The Structure Of Short Stories