How Many Drafts Does It Take To Write A Novel? 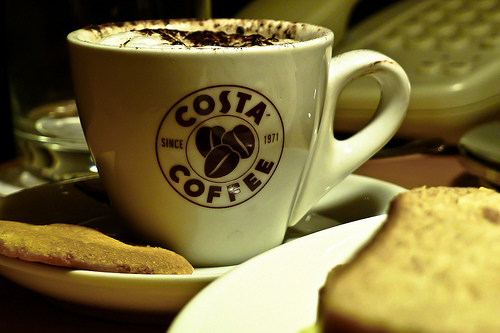 How many drafts does it take to write a novel? It depends on the writer. For the overwhelming majority of us it takes more than one. Probably more than two. As Beth Shope writes:


Some never rewrite, but those who manage to produce something publishable after a single, unrevised draft can probably be squeezed in among the dancing angels on the head of that proverbial pin. (True Writing is Rewriting)


For every rule there is an exception.

Holly Lisle has a terrific system she calls One-Pass Manuscript Revision which I'll write about in more detail at some point in the near future. Her method requires a printed copy of your manuscript, a spiral notebook, pens, a cat-free table, good lighting and nerves of steel.

You'll go through your novel scene by scene: Is it clear what your protagonist's goal is in this scene? Is it clear whether she attains her goal? Does the scene advance the story? And so on.

At the end of the process you'll have a notebook filled with things to do/change and a manuscript marked up to within an inch of its life (you can see the pictures here).

As you do the revisions if snappier dialogue occurs to you, include it! If better character descriptions occur to you, use them! But if different character arcs, entirely new characters, new goals, and so on, come to mind write them down in another file and use them for the next book. As Holly writes:

Nowhere in that description is included: Take one story and make it a monument to every idea you ever had or ever will. (One-Pass Manuscript Revision)


The most common answer I've heard for the question, "How many drafts does it take you ...?" is, "Three. But new writers might do more".

For instance, Stephen King wrote in On Writing: A Memoir of the Craft that he does a first draft then lets it sit for about six weeks. During this time he writes other things such as novellas and short stories. After the six weeks are up he re-reads the manuscript, thinks about theme, and so on, then writes draft number two. He sends this draft out to beta readers, takes their feedback into account--especially those points more than one person raised--and writes the third draft.

Or something like that. The above is more a summary of what a number of traditional writers have written about their process.


Lisa Gail Green asked a number of writers how many drafts they complete before pronouncing their manuscript finished. (See: How Many Drafts Does It Take To Get To The Query Stage?) Their responses ran from 4 to 13. For instance, Leslie Rose wrote:


[W]hen you can't stand it any longer and you're absolutely certain your novel is ready to go out into the world, wait. Give it another week before you hit "send." Take a break. Go on a walk. Wait just a teensy bit longer, and give it fresh eyes for typos. It's tough to do, but the person reading it will thank you.


For some reason I had the idea that Kris Rusch (she'd probably laugh if she read this!) sat down and did a very clean first draft and that's it. Done! Apparently not, or at least not always. In The Business Rusch: Where Art Meets Commerce, Kris writes:


When I write fiction, I am constantly struggling to improve my craft enough to get what’s in my head on the page, every single time.

I figure it’s the price I pay to tell the story I want to tell.

My haphazard, follow-the-story writing method is one of the many reasons why I always balked when one of my editors in traditional publishing asked me for an outline of a book. I can write a damn good outline, one that will make an editor want to buy the book sight unseen. That’s what good outlines do.

But then I’m tied, in some way, to that story, the one communicated in the outline. And I hate being tied to anything. If I get deep into the writing of something and realize that my heroine is just too mean to be a credible protagonist for the romance I’m writing, I want to be able to start over and make her the villain of the piece.

An outline won’t let me do that. I’ve had to do all kinds of machinations to make sure that I’m not trapped by an outline, all the way down to writing the novel first and writing the outline second.

.  .  .  .
If you want to get technical about it, my early drafts are my outlines, and my brand-new second or third draft (done from scratch) are me trying to follow those outlines.

But even that metaphor breaks down when you get into the nitty-gritty of my writing process.

Every writer is different, and every writer has preferred methods of working. Some writers are lucky enough to have organized minds and can create a story in outline form before they ever write the first fictional chapter. Other writers make me look organized in the extreme.

Because, at its core, what we do is an art form. The fact that many of us choose to make a living while committing art makes for some difficult moments—made more difficult by “shoulds” and “have-tos” and “this-is-how-it’s-dones.”

None of that is true in creative mode. There are good ways to work and better ways to work, but mostly, there’s your way to work. And if what you—the writer/artist—are doing works for you (meaning you finish work regularly and get it ready to market regularly), then keep doing that, no matter what anyone says.

I'm a bit like Kris in that--while I do create an outline in the beginning, one that is more of a suggestion, a starting point--I get my real outline from my first draft.

In the end, use whatever works for you. The tough part is that you'll only find out what that is after you've done this a few times! If this is your first time through do as many drafts as feels right and, if you're in doubt, ask your writing buddies what they think.

Whatever you decide I like Sarah's advice to, after you feel your manuscript is finally, completely, done, to put it away for a week, or even a month, and then read it one more time with fresh eyes. If you're anything like me, you'll be glad you did!


I generally do 7 drafts. In the beginning I outline my ideas and do character sketches. Then I write the first draft. This usually takes two or three weeks.

I let my first draft sit for at least a week (ideally, I'd leave it for six) and then do a complete read-through without editing. As I do the read-through, on a separate piece of paper, I create another outline from my first draft. After I have my more-or-less finished outline I see how it flows (I think about the monomyth, etc.) and make adjustments. (See: 11 Steps To Edit Your Manuscript. Edit Ruthlessly & Kill Your Darlings)

For my third draft I make sure everything flows, I look at grammar, spelling, prune out weak words ("very", adverbs ending in "ly", etc.) and then hand it to a trusted beta reader, someone I know well and who has given me good honest feedback.

After I get my manuscript back from my first beta reader I generally have to dig in and do revisions, sometimes extensive revisions. That's draft number four.

Once I've completed my fourth draft I give it back to my first beta reader but also hand it off to a trusted group of beta readers--my wonderful writing circle. I find that often my first beta reader--since the big issues have been dealt with--notices several minor issues that need to be addressed. Then my reading group rolls up their sleeves and gives me a whole new perspective. Really, I can't thank these literary angels enough. Any story they have commented on has been enormously improved by their feedback.

After I get my last feedback and make whatever changes are needed (this is the sixth draft) then I let the manuscript sit for as long as I can stand. At least a week! Then I give it one more read-though and call it done. I'll send it off to a line editor at that point. After I get my manuscript back I make whatever changes are indicated and, that's it. It's finally, finally, done. My seventh draft is the final draft (* knock on wood *).

There is no one 'right' way to draft, everyone is different. How many drafts do you do?