Amazon's KDP Select Program Has A Lot To Offer New Writers, But What About Established Ones? 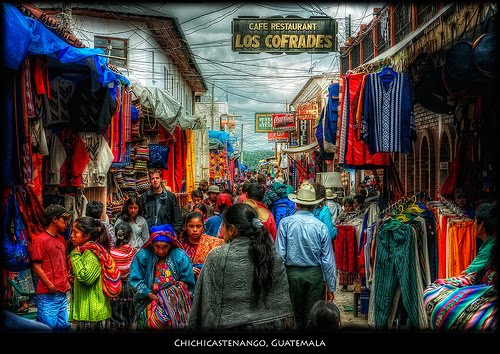 Amazon's KDP Select program is best for writers who haven't yet cultivated a large readership, but even if you have it can give a boost to a book that's underpreforming as well as broaden your readership. At least, that's what Jeff Bennington says.

Yesterday, thanks to Elizabeth Craig and her marvelous tweets, I discovered Jeff's great post on KDP Select. Jeff has used the program for some time and his article is a must-read for anyone considering enrolling: How to Win in Amazon's KDP Select Program.

Jeff wrote his article on October 25th of this year, before Amazon put an additional $1.5 million into the pot for Select authors, but that just strengthens his argument. (See: Amazon Sweetens the KDP Select Pot For The Holiday Shopping Season)


Amazon KDP Select is best for writers who haven't yet cultivated a large readership and want to.

Since Amazon's Select program allows you to offer your book, free, for up to 5 days per enrollment period this virtually guarantees thousands of people will download your book (if they don't, take a second look at your cover, your blurb, and so on). (See: What To Do If Your Book Sales Are Low)

At least, if they're anything like Jeff. Jeff writes:

But lets not even look at book sales. In the beginning what is of critical importance is for readers to find your work. Using Amazon's KDP Select program you can put your book in front of thousands of readers so, at the very least, it's a great way to grow a readership. And, if you include a link back to your blog, you'll get more followers.

As any established writer will tell you, there's no shortcut to success, but it can be very nice to have an initial boost.


Let's say you're an established author, one who already has a large readership, so the benefits of Amazon's KDP Select program aren't as attractive to you. Also, you worry that your readers--those who either don't have access to Amazon or who choose not to buy from it--would be alienated by your choice to publish exclusively through them.

There's still a couple of reasons why you might consider using the program.


This happens. You've written a book you believe in. You think it's a great book but it's not selling as well as you'd like because it hasn't found its audience. This kind of book is an excellent candidate for the KDP Select program.

What you want is to get your book in front of more people, different people. After getting downloaded thousands of times chances are you'll reach more of the folks who will love it and you'll end up broadening your readership.

2. You change your genre


Established writers sometimes want to start writing in a different genre. For instance, Jim Butcher is currently working on the first book of a new steampunk series. (See: Jim Butcher Begins Another Series, The Cinder Spires: It's Steampunk!)

Mr. Butcher, of course, has enough fans to get the word out that he doesn't need programs like Amazon's KDP Select, but other authors might choose to release the first book of their new series using Select. It might be a good idea to pull the book out of the program at the end of the three month term, but even a one term enrollment could give a new series a nice push.

Jeff writes more about what he does to achieve these figures at the end of his article. If you're considering using Amazon's KDP Select and wondering if it's right for you, give his article a read.