Writing To Music: Knowing Your Characters 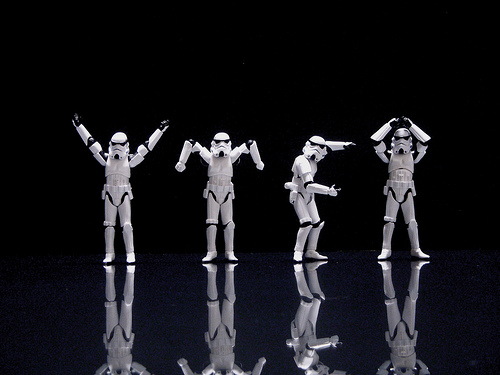 A few minutes ago I was chatting with a writer I met on Google+ and the coolest thing happened: she shared a link to a playlist from Grooveshark.

That got me thinking about music and its relation to writing.

Music And The Muse


I know a lot of writers listen to music while they work; Kim Harrison for instance. She writes:


My muse exists in music. Logic maps the story, but music gives it its soul and sends my characters in directions that surprise even me. what I'm left with is an eclectic handful of songs that—in my thoughts—relate to certain scenes or more typically, relationships between characters. Some authors cast their books with popular actors/actresses. I'd rather cast the music as it connects more directly to my creative process. (Kim Harrison, Music)

This is something I want to try doing, choosing songs that relate to aspects of the characters I create, the main ones at least. I find I learn best from other authors, watching how they sculpt their prose, their stories. Why not their character's playlists as well?


I want to try out something new. I've put most of the songs Kim listed for Rachel Morgan, the point of view character for her Hollows series, into a playlist over at Grooveshark and shared it. I've never done this before, but you should be able to follow the link, below, and play the list--or any song on the list. Cool, huh?

Here's what Kim had to say about a few of Rachel's songs and how they relate to her character:


The songs I've found that I feel relate to Rachel cover a wonderfully wide span. Fiona Apple's "Criminal" has begun to resonate in me lately. Coldplay's "Lost" seems to fit Rachel pretty wel, too. (I really like this group.) And in regards to her love life, "I'm not Over" by Carolina Liar is a nice fit. "Believe" by The Bravery, has captured my attention in regards to Rachel's latest fix with Al. And since the release of The Outlaw Demon Wails, I can share with you the song "Temptation" by Garbage. But possibly the closest song I've found that fits her future is from NIN, "The Line Begins To Blur." Breaking Benjamin's "Breathe," seems to capture Rachel after Kisten almost perfectly. After seeing the "Lithium" video from Evanescence, I was full of thoughts of Rachel in the Ever-After. (Kim Harrison, Music)

That's just a part of what Kim had to say on the subject. You can read the rest on her website: kimharrison.net/MusicPage.html


After listening to the songs and reading Kim's remarks about how each song relates to aspects of Rachel's character it strikes me anew how well Kim knows her. She knows Rachel's taste in music and how it maps her moods, who she is.

I think we need to know things like this about our characters if we are to write compelling stories. And I think creating a playlist is a good place to start, but let's not stop there. What are their underwear drawers like? Does your POV character buy frilly confections that cost the moon and shred as soon as you touch them? Does she favor stretchy, comfortable, affordable, cotton? (Gasp! Does she even own underwear?)

It's funny, as writers we're much more focused on knowing our characters, people we invent, than we are ourselves! But, in the end, perhaps that's harder.

Other articles you might like:
- Ian McEwan Believes The Novella Is The Perfect Form Of Prose Fiction
- How To Write 10,000 Words A Day
- NaNoWriMo: A Survival Guide