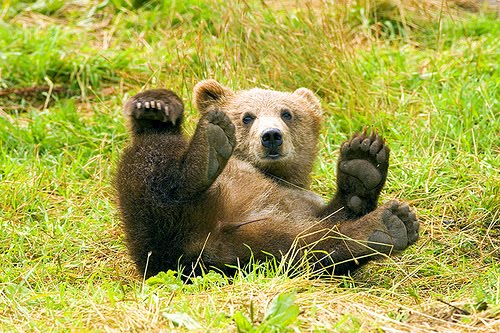 I love Pinterest. I mean, who wouldn't? If only it wasn't a lethal time-sink! I love looking at beautiful pictures and chatting with friends. Since Pinterest combines both it's like visiting a virtual art gallery with dozens of your best buds and getting to curate your own collection.

I figured out a LONG time ago that I needed to limit my time on Pinterest if I wanted to get anything done.

That's why I was surprised when I came across Daniel's article, Using Pinterest For Your Novel. It never occurred to me that The Great Timesink could be harnessed for good.


Before I say anything more about using Pinterest to help organize your novel I'd like to talk about how to get a plug-in for your browser that will allow you to right-click on any picture you find on the web and pin it to one of your boards.

I use Firefox so that's the browser I talk about, but I'd be surprised if similar plug-ins don't exist for your favorite browser.

Pinterest Right-Click is the name of an add-on you can get that will help you collect images from the web and pin them to one of your boards. After you install the add-on all you have to do is right-click on an image. You'll be asked which board you'd like to pin it to and that's it! Quick and convenient.

But that's just the beginning! You could have boards for what their homes look like, their wardrobes, landscape features such as gardens, where they like to go on vacation, what their families look like, what they dream about, and so on.

Here's my Pinterest board for my NaNoWriMo novel: NaNoWriMo 2012.


When I draft a story I tend to think visually. What a great idea to use a Pinterest board to hold miscellaneous images you come across on the web, images that remind you of various locations, or possible locations, in your novel.

In my NaNoWriMo novel one of my characters, a mage, lives in an ice fortress (no, he's not superman!) and I have an image in my mind of what it looks like. I just Googled "ice fortress", found lots of great pictures that ... while none of them was  exactly like the image I have in my mind, they're fairly close and evocative in their own way.

Using Pinterest Right-Click I easily created a new board "NaNoWriMo 2012" and pinned those photos to my board.


Although it changes, in the beginning I have certain ideas about what my characters look like. Though perhaps it's only partial. Perhaps I'll know that the antagonist has long thick black flowing hair that gleams in sunlight. It's fun to use Google images to help fill out the picture.

I just went through and pinned a few images of how my characters could look and found out something valuable. Apart from Robyn, my protagonist, I'm not sure how the other characters look, especially her friend and side-kick Jane. Good to know! That's something I'll have to work on in the second draft.

Music - What Would Your Characters Listen to?


Since Pinterest is a visual medium the best we can do is pin pictures of albums, concerts, songs, magicians, and so on. Though it would be be great if we could pin the actual songs!

Before this moment this isn't something I've thought about for my characters, what kind of music they'd like. It's good to think about, though. This helps bring out other aspects of their personality. At the moment all I know is that Robyn likes classical music. That might change, though, as I get to know her better.

NaNoWriMo Update: Hurray! 45,025 words. Only one caffeinated writing jag away from the end. Not that I think that's going to happen, though it would be nice to finish tomorrow! Still, I think I'll continue to take it slow and steady so, if I keep my current pace, I'll be finished Monday. Which works out perfectly, since I wanted to be done before Jim Butcher's Cold Days comes out on the 27th.

I hope I didn't just jinx myself! lol

- How To Become More Creative: Nurturing Your Muse
- For NaNoWriMo: 10 HarperCollins Books On Writing For $1.99 Each
- Robert J. Sawyer: Showing Not Telling

Photo credit: "Brown Bear having fun, rolling in the grass on his back with paws up" by Beverly & Pack under Creative Commons Attribution 2.0.
Karen Woodward at 11:41:00 AM
Share