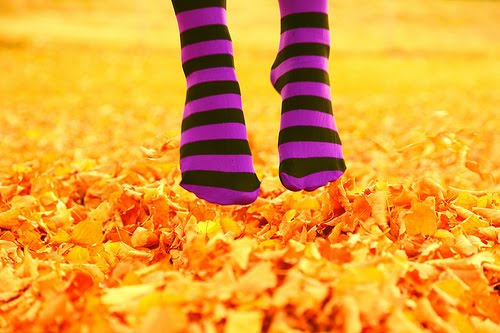 
For my second post today I want to share my notes from a workshop I took with consummate science fiction novelist Robert J. Sawyer.

The first time I heard Mr. Sawyer speak was on the first stop of his book tour for WWW: Watch last year. If you ever have the opportunity to hear Robert Sawyer talk--whether it is a keynote address, a book launch or a workshop--I'd advise you to grab it. He's a terrific speaker.

Here's an example: Mr. Sawyer's workshop was held on the morning of the third day of the conference and everyone, including Mr. Sawyer, was tired. I think we all wished we'd had one more cup of our favorite caffeinated beverage.


Regardless, Mr. Sawyer gave a great talk and, at the end, opened the floor to questions. Someone asked him about backstory, how much was enough. Here's what he said (this is from my memory and is not verbatim):


Great question! You want to put backstory in when its relevant to the other characters. For instance, perhaps you all remember a scene that goes something like this:

Here Mr. Sawyer assumed the manner and voice of Clint Eastwood and proceeded to act out the iconic scene from Dirty Harry:


I know what you're thinking, punk. You're thinking "did he fire six shots or only five?" Now to tell you the truth I forgot myself in all this excitement. But being this is a .44 Magnum, the most powerful handgun in the world and will blow you head clean off, you've gotta ask yourself a question: "Do I feel lucky?" Well, do ya, punk? (Memorable quotes for Dirty Harry)

But of course that's all backstory. Or an information dump, but that's what a lot of backstory is. The scene only works if the reader/audience understands that Harry doesn't remember how many bullets he has and what will happen to 'punk' if there's even one left. That information is critically important to 'punk'. That's why the scene works, and works beautifully.

I'd never thought of it that way before.

That's the sort of thing I've come to expect from Robert Sawyer. He's knowledgeable, witty, a great teacher, and knows how to make a crowd laugh, even first thing in the morning on the third day of a conference!


RS's example of what telling versus showing:


Mary moved slowly across the room, her hunched form supported by a polished wooden cane gripped in a gnarled, swollen-jointed hand that was covered by translucent, liver-spotted skin. (Robert Sawyer)

When we 'tell' we're using straight expository text. What is the big difference between the examples above? In the "showing" example RS didn't use the word "old". The reader inferred it.


Prose fiction is a form of interactive media. Lectures are boring, books shouldn't be. Make your stories interactive.

What is our goal? Why do we write? We want to ENTERTAIN readers. You want to engage your reader, you want to bring their cognitive functions to the story.

Convey information actively. You want your readers to find your work EVOCATIVE.

How do you do this? Look for TELLING DETAIL.


Singh had a reputation for being able to cut through layers of bureaucracy and get things done. (Robert Sawyer)


Chang shook his head and looked at Pryce. "All this red tape! We'll never get permission in time."

Suddenly the office door slid open, and in strode Singh, a slight lifting at the corners of his mouth conveying his satisfaction. He handed a ROM chip to Chang. "Here you are, sir — complete government clearance. You can launch anytime you wish."

Chang's eyebrows shot up his forehead like twin rockets, but Singh was already out the door. He turned to Pryce, who was leaning back in his chair, grinning. "That's our Singh for you," said Pryce. "We don't call him the miracle worker for nothing." (Robert Sawyer)

Showing is PARTICIPATORY and VIVID.

Showing is descriptive. Dialogue by its nature is telling. But you can still show some things. For instance, through the words used. Is the person speaking educated, uneducated? Do they speak with an accent? What kind?

One caution, though. Avoid being offensively steriotypical.


Let's say you want to introduce the information that a character is an engineer but you don't want to outright say, "Mark is an engineer".

RS gave an example--which I didn't have time to write down in detail--in which a person walks into a boardroom, sits down, his iron ring clicks against the glass of water as he takes a sip, etc. The point is that we use the (more-or-less) well-known fact that engineers wear iron rings to actively (ring pinging against the side of the glass) plant the idea that this character is an engineer.

It's always more interesting to receive information in an active way. The next time you're watching a movie notice how often the characters will be walking around, doing something active, while receiving the obligatory information dump. And it makes a difference. The same applies to writing.


When Telling Is Okay


You don't always want to show rather than tell.

a. Don't bother showing if it's not on the test.

RS said this is how he thinks of it: Is this on the test? If you're wondering if it would be okay to tell something rather than show it ask yourself: Is this on the test? Will this be important later? Is it important to the story? Does the reader need to know this in order for the resolution to make sense? If it doesn't then you can tell it.

For instance, if your story hinges on it being the dead of winter then you'll want to spend several paragraphs describing this. If it doesn't then you won't.

b. Don't bother showing if you're on the first draft.


When you're writing the first draft you don't know what the next twist is.

If you're only writing in declarative prose then if you have writer's block you can go back and write a previous scene in detail. Flesh it out.

For instance, in Something Wicked This Way Comes, Ray Bradbury could have written "It was summer" and then gone back and wrote "I remember a summer that would never end".


It's okay to write in your outline "and then an epic battle occurs". You'll fill this in when the time comes. And if your outline changes it will save you wasting time on a scene that will never make it into the final draft.


i. Description in adult versus young adult literature

One of the questions Robert Sawyer was asked was whether there is a difference in Young Adult literature regarding how much description you should give. Mr. Sawyer said you might want to be sparser in your description. You can't put in as many details. You can't list 20 things about the old church on the hill, you can only list 3 so you have to be careful you make those three do the work of 20.

ii. Too much specificity can hinder reader identification

For instance, if you want your reader to identify with a character you could write, "A beautiful woman walked through the door" and leave the reader to fill in the details. What color her hair is, how much she weighs, how tall she is.

Beauty is in the eye of the beholder, what you consider beautiful might not be what another person does.

That's it! I'll try to remember to put up my notes from Robert Sawyer's other workshop, The Intimately Human and the Grandly Cosmic. There he spoke about what Science Fiction is, what genre is. Also, I sat in on Anne Perry's workshop, Where Did They Come From (about characters and characterization) again this year and, again, it was wonderful.

Have a great Thanksgiving! :-)

Notes:
- All the examples, above, of showing versus telling are copyrighted by Mr. Sawyer.