How To Get Your Readers To Identify With Your Main Character 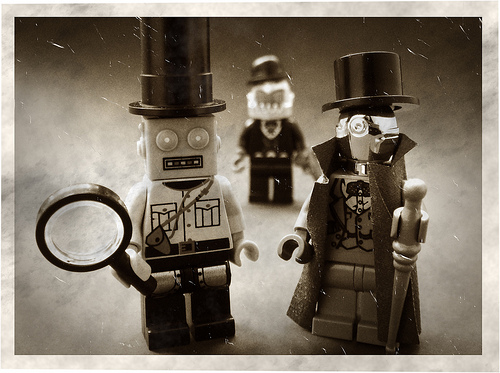 Some of the best characters aren't likable. For instance Sherlock Holmes, especially as brilliantly depicted by Benedict Cumberbatch. But that's okay. The trick is to get your readers to IDENTIFY with your protagonist. Making him or her likable is only one way to do that.

I hope to convince you of this before I'm through but, first, let's take a step back and ask what the goal of writing/storytelling is.

The Goal Of Every Story: Elicit Emotion In Your Readers


By the way, I'm taking this material from a course Michael Hauge taught with Chistopher Vogler (author of The Writer's Journey) called The Hero's 2 Journeys. Michael believes that the goal of every story is to elicit emotion from our readers. If we've done that then we've written a great story.

So, how do we elicit emotion from our readers? Simple! (Well, that's what Michael says.) Stories only have three main ingredients:

1. A great CHARACTER
2. A passionate DESIRE/A GOAL
3. CONFLICT/ Something that's keeping our character from fulling their desire/obtaining their goal.

So, every story is about:


An emotionally involving CHARACTER who strives to reach a GOAL (/fulfill a desire) against seemingly insurmountable OBSTACLES.

What we're going to talk about now has to do with the first of these three pillars: creating an emotionally involving character.

5 Ways To Create A Character Your Readers Will Identify With

Michael Hauge puts it this way:


You want the reader to become a participant in the story through their emotions. (My paraphrase)

Here's how you do that:


In general, people in love are sympathetic. When I see two people walking down the sidewalk with silly grins on their faces holding hands while sneaking furtive love-sick peeks at each other, I can't help but smile.

This doesn't mean either character is likeable taken individually, but the fact that they have someone, that they are in love, helps (most readers) identify with them.

Or you could make your character the victim of an undeserved misfortune. That would also evoke sympathy in most readers.

Also, if a powerful antagonist deprived your character of something they loved--perhaps their spouse or child--this would be a good way to make your character sympathetic and introduce the Big Bad of your story.

Example: Andy (played by Tim Robbins) in The Shawshank Redemption


We like to hang out with people who make us laugh. Why is this? I don't know. Maybe it's because they can say funny things we don't have the courage to.


Make your character a kind, good hearted, person. Show that they are liked by the other characters in your story.

This is probably the most common way writers attempt to get their readers to identify with their main character(s) and it works!

Example: Tom Hanks in practically every movie he's been in.

4. Put your character in jeopardy


We identify with people we worry about. Put your character in danger of losing something of vital importance to them.


Make your character very good at what they do. For instance, make them a superhero or an Indiana Jones type character

Getting Your Readers To Identify With Your Character: The Secret


Here's the secret to creating a character your readers can identify with:


Employ AT LEAST TWO of the above five elements when you introduce your main character.

For instance in The Firm, when Mitch McDeere (played by Tom Cruise) is first introduced, we learn that he is getting top marks in university despite working as a waiter (sympathetic). We also find out that he and his wife are passionately in love (sympathetic & likable).

What do you think? Do readers truly need to identify with the main character of a story in order to become emotionally involved?

- More Writing Advice From Jim Butcher
- Amazon Reviews Are Disappearing
- How To Write 10,000 Words A Day