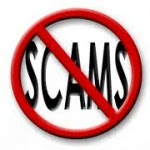 This is from the blog of Kris Rusch:


... I got something from a New York Times bestseller who, in the middle of a contract negotiation, was promised 10 and 12.5% royalties on a mass market paperback as a deal sweetener in a contract negotiation. The publisher added this sweetener in lieu of better terms elsewhere in the contract, terms the writer had asked for and the publisher refused. The writer then discovered through another source that the publisher never planned to publish a mass market edition of the book.

In other words, the sweetener became sour. The great royalty rate was only added to get the writer to sign on, not because the publisher ever planned to publish that kind of book. If the writer had been a little less savvy, he would have lost some other positive contract terms by believing that this one was important.

Not illegal or even unusual these days, but still, bad enough to make the writer feel cheated in the midst of negotiating a new contract. Dumb on the publisher’s part, but only because the publisher got caught.

Read other stories as well as how to avoid this happening to you: The Business Rusch: A Good Offense.

Other articles you might like:
- Amazon's KDP Select Program: The Power Of Free
- 8 Tips For Blogging Success
- Book Promotion: Where's The Line?