Amazon's KDP Select Program: Is Exclusivity Worth The Perks? 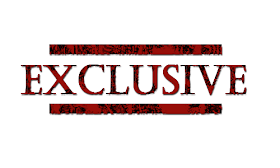 A few days ago I mentioned that the Amazon store in India is now offering a 70% royalty option (Amazon's India Store Now Offers 70% Royalty Option) but apparently I didn't read the small print. Kris Rusch writes:


This week came the news that Amazon’s Kindle Direct Publishing program will offer its content providers a 70% royalty on all sales made in India—provided the content providers go with Kindle Select only. For those of you who don’t know, Kindle Select requires exclusivity from anyone who joins it. You can’t market your work on the iBookstore, for example, or on Kobo if you’re part of Kindle Select. Only on Amazon.

Let me play devils advocate. Many writers I've spoken with say they make upwards of 95% of their sales on Amazon, so selling only through Amazon is not costing them a great deal of money. Further, since Amazon gives them perks like free days and inclusion in the lending library many authors end up selling far more through Amazon than they would have through all the stores combined.

Personally, I thought the above line of reasoning was compelling, but Kris raises an excellent point. She writes:


[M]y own beliefs about maintaining different platforms for my work got reinforced this week after WMG hired someone to input the sales figures for the last six months. We looked at those numbers yesterday. I sell a lot of books on Kindle, but my biggest selling title, a short story called “The Moorhead House,” sold a grand total of one copy on Kindle from January to June.

Every single one of “The Moorhead House”’s rather surprising (to me) sales came on the Nook. For some reason, Nook readers either like or have found or continue to find that one short story. And they buy it more than they buy anything else of mine offered through Barnes & Noble.

If I had joined Kindle Select with that story, I doubt I would have made comparable sales.

I don't think I've read a business post of Kris Rusch's that wasn't well written and well thought out. This one is no exception. If you'd like to read the whole thing here's the the link: The Business Rusch: Content is King.

But here’s the problem with content: it’s not easy to create. If a bunch of monkeys at typewriters could write novels, don’t you think the publishing industry would have conscripted the little buggers decades ago?

I thought that was hilarious! So true.

Other articles you might like:
- How To Format A Word Document For Amazon's KDP Publishing Program
- Lyla Sinclair's 8 Secrets Of Successful Romance Writing
- Indie Books: What Price Is Right?