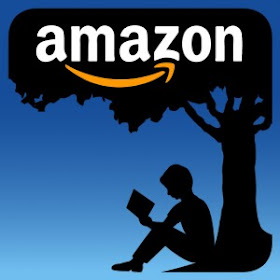 Edward Robinson over at Failure Ahoy! has written extensively about his experiences with Amazon's KDP Select program. After trying out various things, here is his tentative conclusion:


[R]iding free runs every 30-40 days can be an effective strategy (although ENT now says they won't mention a book within 60 days of the last time it was free, meaning you're basically down to POI, FKBT, and paid ads for exposure). This can last for several months, anyway. But it appears to be less effective the more you do it, and there is a point where a diminished 30 days of sales + a diminished free run isn't going to be enough to prop you up to a significant place on the pop lists. (Edward Robinson)

Although ER's conclusion seems cautiously optimistic, he has decided to pull his most popular book, Breakers, from the program and and explore what Barnes & Noble as well as Kobo have to offer. This should be interesting. He writes:


Over the last few months, I've grown disillusioned enough with Amazon Select to pull my book Breakers from the program. Yesterday, its exclusivity expired. Today, Breakers is available on Barnes & Noble for the Nook reader.

.  .  .  .
I know that Breakers can sell when it's in front of people, so unlike my other titles, if I can find a way to get it some visibility in the other stores, it should sell. Hypothetically. So how do you find that visibility?

Other reading:
- More on Amazon Select: Is exclusivity worth it?
- Marketing Strategies For Writers
- The Harlequin Class Action Lawsuit Explained