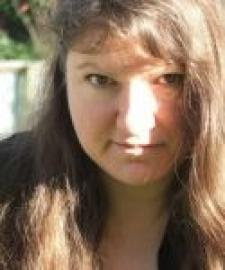 I am honored to have another guest on my blog! Ripley Patton is soon publishing a young adult paranormal thriller, Ghost Hand. Her book has everything: ghosts, the paranormal and it's a thriller! What's not to like?

Ripley: I always thought I would get published via the traditional route. After all, I had been writing and successfully publishing short stories for seven years. I had been nominated for an award multiple times and won once. I already had a strong author platform, blog following, and fan base (in both hemispheres). I was pretty sure I was an agent or publisher's dream client. But, apparently, that was not the case.

When I began to shop my YA novel Ghost Hand around in the traditional manner, I didn't even get a nibble. Beta readers had loved it. I had revised it savagely three times. A well-published, award-winning novelist had read the manuscript and thought it was both well-written and marketable. Still, I got form rejections and finally a "no" from a major agency on the full manuscript.

A dark cloud descended over my dream. No one wanted what I had spent two years writing and polishing. I won't lie that I found myself in a dark place. I was depressed. I couldn't believe that all those years of people enjoying my writing were a lie, or something that had suddenly dried up and blown away. My one passion in life was to be a writer, but I had hit a serious road block. Maybe it really was all over.

Then I went to a Con, because that tends to cheer me up. And there I was, sitting in the audience at a panel on women in the gaming industry when some woman I don't know said something I will never forget. She said, "As women, we are always waiting for others to validate us. We want to be told we've done a good job or made something worthwhile before we will ever believe it ourselves. It is time for women to rise up and self-validate. It is time for us to take our place and toot our own horns."

And when that woman said what she did, I had an epiphany. I realized I had already circumnavigated the gauntlet. My writing had already been validated numerous times through contest wins and awards won and publications accepted. I had readers. I had a fan base. I had people who loved my writing. Yet, there I was lining up for a tunnel of punishment when I didn't have to.

Of course, the self-publishing route isn't easy. It isn't any easier than the traditional route, though it certainly has been much more enjoyable for me. I love being a self-validated writer. 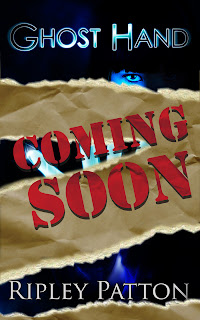 Recently, I commissioned a professional cover design for Ghost Hand and that was a blast. Then I realized I was going to need money to pay for a quality professional edit, and I turned my eye to Kickstarter. Right now I am running a Kickstarter Project for Ghost Hand, and it has been very validating. My family, friends, and fans have gotten behind me. At the moment, I am nearly half-way to my goal. When I reach the half-way mark, I will be doing a BIG Unveiling of the Cover of Ghost Hand, so head on over and be a part of that by backing me today.

One thing I like about Kickstarter is that it isn't charity. Every backer receives a reward related to the creative project they are backing, and payment is made securely through Amazon, so if you have an Amazon account, you're all ready to go.

Want to join me in validating Ghost Hand? The first two chapters can be read on my website HERE. Two more chapters can be acquired by sending a request to my Ghost Hand mailing list. And of course, I hope you will go to my Kickstarter and back Ghost Hand with your financial support.

Karen: Thanks Ripley! I love your writing style and I can hardly wait to read Ghost Hand. By the way, for anyone interested in reading a great essay on agents I highly recommend Ripley's article, When Agents Fail.

Related posts:
- 50 Shades Of Alice In Wonderland: Another Indie Success Story
- 19 Ways To Grow Your Twitter Following
- How To Sell 100 Books Per Day: 6 Things You Need To Do
Karen Woodward at 7:30:00 AM
Share