Indie Writers: 10 Things Not To Do 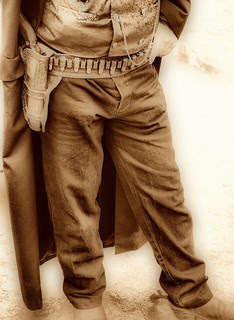 6. Don't get hung up promoting your first book, go write another one!
Sometimes an author will write one or two books and spend most of her time promoting them using social media. Dean writes:


The best way to sell more books is become a better storyteller, to have more product to sell, to work on craft and pacing and cliffhanging and all the thousands of things a professional writer needs.

7. Use different pen names when you write in different genres
Many writers say they don't want to use a pen name because it would take more work to develop two names than one. And of course that's true. But as Dean writes:


Yup, that will kill sales faster than anything I have seen. Why? Because of reader expectations, that’s why. A reader picks up and likes a romance under “Real Name Writer” and then sees another book from the same author name and buys it and it’s a horror novel with ugly guts and blood. Reader says, “I’m not buying anything by that author again.”  And then tells their friends to avoid you.

I see Dean's point, but I think it's probably only a killer in conjunction with a bad cover and a bad blurb. For instance, one of my favorite authors writes two very different series, one is gritty urban fantasy while the other is high fantasy, but it's obvious from the cover alone what genre is under the cover. I haven't bought one of his high fantasy books yet, but I'm still a huge fan of his urban fantasy series.

8. Pricing your work too low
Due to changes Amazon made to their ranking algorithm it no longer pays to sell a book for under $2.99. Sure, offer your book for a reduced price for a limited period to generate sales, but don't keep any of your books at that price.

What price is best for your book? Everyone has a different opinion. Dean thinks the $4.99 to $8.99 range makes sense. He writes:


So if you want to build a long-term career, with fans finding you slowly, over time, who are willing to pay a respectable price for your work, have some respect in your own time and craft. Price your book in the same range as traditional publishers price their works. ($4.99 to $8.99 for most for e-books)

9. Going exclusive
This issue is hotly debated. Some authors find they sell well over 95% of their books through Amazon so enrolling most of their work in Amazon's KDP Select program--a program which demands exclusivity--seems right for them. Not so for others.

Don't forget about paper books
Many indie authors make the mistake of not putting out paper copies of their work. Dean writes:


[B]y ignoring paper editions, not having them available at least, you ignore 80% of all readers. And also kill a great price comparison on your own books. (I did an entire post on this topic, but say your print book is $15.99, it makes your $7.99 electronic edition look like a deal.)

Excellent point! And I hear that CreateSpace is easier than ever to use.


I am not saying you shouldn’t mail your stuff to editors or put your work up electronically and try to make sales. Do put it up, do mail it to editors. I mailed my very first short story to a magazine that bought it. And my second. And after that I got hundreds of rejections before a magazine bought another story from me. If I had been in a hurry, if I didn’t understand at a deep level that learning how to be an internationally-selling fiction writer took time and years, I would have stopped somewhere between 1975 and 1982.

But I didn’t stop. I kept writing and learning and working on becoming a better storyteller. And I kept learning the business, even as it changed.

So slow down the worrying about sales, focus on learning, focus on the next story and the next story, and have fun. The sales will come if you put your work out there and keep learning.

These quotations were all taken from Dean Wesley Smith's article: The New World: Publishing: Killing Your Sales One Shot at a Time: The Second Foot.

Other reading:
- Indie Authors: Bad Sales? Redo Your Cover!
- Kristen Lamb: 5 Steps To Writing Success
- How To Sell 100 Books Per Day: 6 Things You Need To Do