What THE WONDER PETS Can Teach Writers 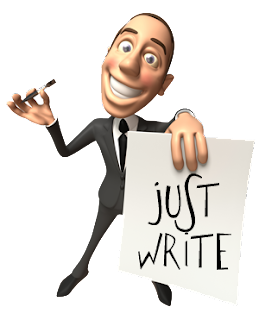 This is from 12most.com. (The following are excerpts.)

Doesn’t matter if I’ve seen an episode of Wonder Pets or Super Why for the first time or the millionth time: the formula is consistent. Beginning-middle-end. Simple. Straight forward. Built-in consistency.

I know that the opening sequence for Wonder Pets presents the lesson for the episode that is nailed home by the animal they save that day. I know that words make up the animals and objects in Word World and that, when they build a word, they sound it out, put the letters together and then celebrate the accomplishment. “We did it! We built a word!”

The Wonder Pets, Word World and Super Why! get simplicity. It comes across clearly in each story line. Call it breaking it down to bare bones, call it dumbing down, it is still simplicity. Even though I’m an adult, and have long since learned the lessons imparted (hopefully), I still get them  because of their simple presentation.

As much as I’m used to working on my own, by myself, little gets done without the help of others. While we may not all work for a company, or a department within a company, if we’re involved in the same project we’re a team. That project cannot be completed without input and support from all.

I think this point, especially, applies to independent authors. Sometimes we feel very alone but we have a great support network in the form of other indie authors. I'm amazed by the amount of encouragement and support I've received from my peers. It's awesome!

I know. I know. It sounds ridiculous. Seriously though. My 3-year-old nephew will literally jump up and down, on the couch, too, and sing “Let’s build a word! We did it! We built a word!” It’s infectious. I can’t help but smile, and before I’m even aware, I’m singing along too! And it’s downright impossible to be in a bad mood with such excitement around. Which leads me to point #5.

I know it sounds cliche, but sometimes a positive attitude--I will finish this book--is everything.

The Wonder Pets, Word World and Super Why! all have this positive slant to them. I know they are kid shows, but there are kid shows that don’t have such a positive slant. Sponge Bob comes readily to mind. Doesn’t matter the obstacle presented, there’s a positive approach to the problem and a positive celebration when solved. No one is put down, backhanded or otherwise. No one is left out.

We would all do well to stop for a moment, and think of how we can approach obstacles in a more positive way. The doom-and-gloom and finger pointing, the negative approach we so forcefully demonstrate, clearly is not working.


6. Nicknames are cool… if they are meaningful

Alpha Pig! He builds the alphabet so you can find the letters to the spell the word. Rhyming Red! Sings a song of rhyming words. When you give nicknames, or code names to things, that’s cool, when the nicknames, or code names, are meaningful. There’s no wasted time and effort wondering what the name means, or why the person, or character, has that name.

This is especially true for character names. Sometimes I wonder if a large part of  J.K. Rowling's success was the clever naming of her characters.


Read the rest of the article here: 12 Most Words of Wisdom While Watching Wonder Pets, Word World, and Super Why!

I'm going to try and keep these points in mind as I sit down to write later today.