How To Show Rather Than Tell 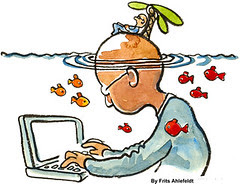 Here are mystery Writer Elizabeth S. Craig's tips on how to show rather than tell:


I’m not a fan of reading info dumps.  An author could describe a character with well-written, vivid details and I’ll going to skim it.  I’m usually more interested in picking up on little details that point to qualities the character has. Or a slipped-in description—a character whose shoulders are stooped from listening to shorter people around him. Or the character with lots of smile lines and raven’s feet….sort of a double-duty description.  Cheerful and wrinkly!

With indirect characterization, you let the reader draw their own conclusions: based on character dialogue, internal musings shared with the reader, and other characters’ observations about a character. Then the readers can pick up the hints and feel clever about their deductions.

For instance, we can show one character’s demeanor when dealing with the protagonist—and add dialogue clues to hint at character traits and the characters’ relationship with each other.

You could have a character that you want to portray as someone who talks too much. This could easily be expressed by interruptions from a second character or their signs of impatience. Or of them putting off a phone call with the character. Much better than pages and pages of chatty dialogue to prove the point.

Since I’m a mystery writer, I’m also interested in planting the wrong impression of a character. I might  mislead the reader. (Other novelists might want to do the same thing, for different reasons.) Maybe the character is unnaturally chatty because they’re nervous. Maybe the second character is just an impatient person who interrupts—maybe they’re not making a point about the character’s loquaciousness at all.

I love getting writing tips from established professionals like Elizabeth, especially when accompanied by reading recommendations! I won't spoil the surprise though, it's all in her article. Cheers!
Karen Woodward at 1:50:00 PM
Share