How To Become A Full Time Indie Author 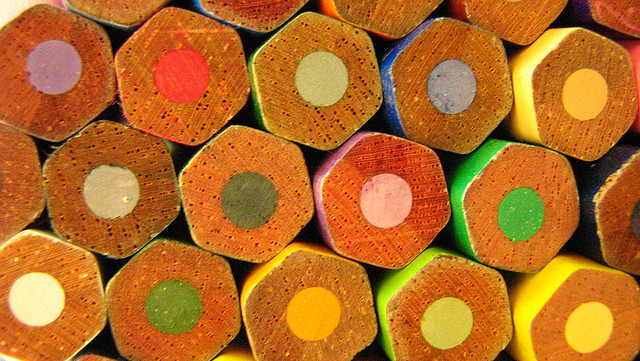 I can't believe I've never heard of Lindsay Buroker before. Even now I don't know much about her, but I do know three things:

I'd go so far as to say that anyone who follows the advice Lindsay has given is guaranteed to sell more books. Of course, milage will vary. You might not be able to quit your day-job, but her advice to indie authors is along the lines of, "look both ways before you cross the street". You could ignore it, but I wouldn't advise it.


This allows you to publish more in the same amount of time, and the more you get your name out in front of readers, the better. Especially in the beginning. Lindsay writes:


... I’ve never been in the Amazon Top 100 (or in the Top 1000 for more than a couple of days), and I’m not particularly visible even in my sub-categories (epic fantasy/historical fantasy) in the Kindle Store. You don’t have to be an uber seller to make a living, though you have to, of course, have characters and/or plots that capture people’s imaginations and turn them into fans (not everyone has to like your books but enough people do so that you get good reviews and you word-of-mouth “advertising” from readers). If you have ten books priced at $4.99, and they sell 200 copies a month, you’re earning over $6,000 a month.

I don’t mean to make it sound like it’s easy to write ten books or sell 200 copies a month of a title (I would have rolled my eyes at such a comment 16 months ago), but, right now, the numbers tell us that making a living as an indie author is a lot more doable than making a living as a traditionally published author (where the per-book cut is a lot smaller). If you’re mid-list as an indie, and you have a stable of books that are doing moderately well, you’ve got it made in the short-term. If… you’re building your tribe along the way, you ought to have it made in the long-term too (more on that below).


2. Use the power of free to promote your books


I’ve tried a lot when it comes to online promotion, everything from guest posts to book blog tours to contests to paid advertising, and nothing compares with having a free ebook in the major stores. Not only will people simply find it on their own, but it’s so much easier to promote something that’s free. If you do buy advertising (and I do from time to time), it’ll be the difference between selling 25 copies and getting 5,000 downloads (i.e. 5,000 new people exposed to your work), because people live in hope that they’ll find something good amongst the free offerings.

I’ve heard authors argue that most people who download free ebooks just collect them, like shiny pebbles on the beach, and that they never even bother to check them out. I say B.S. to that. I’d bet money that most people try the books they download; it’s just that they find most of them don’t pique their interest. Maybe they’ll download 50 or 100 ebooks and only find one where they want to read the whole thing. That’s fine. That just means you have to make sure your story is entertaining enough to be The One.


3. Make your stories part of a series


I'm a sucker for a good series, and I know I'm not the only one. Even if one, or perhaps two, of the books in the series aren't great, chances are I'll stick with it if I have hope things will improve. In other words, series help develop dedicated fans, people who are going to be with you for the long haul. Lindsay writes:

I should mention here that, while giving away a free ebook can be huge, it’s key that the story be part of a series, or at least strongly related to the book(s) you’re trying to sell.

I just don’t see people having the same sorts of results when their free novel or short story isn’t related to the rest of their work. Oh, it might help a little, but not the way a Book 1 that ends on a cliffhanger will. (My first book admittedly doesn’t end on a cliffhanger, but it does have a teaser epilogue to let folks know that there’s a lot more to come.)


You don't have to be everything to everyone, concentrate on forming close connections with a small group. Like ripples on a lake, your influence will spread.

Lindsay suggests cultivating 10,000 fans rather than 1,000 because if you write two books a year and sell each for $5.00 on Amazon then you'll make 70,000 dollars a year. That's gross income, so you'll have to pay tax and I'm sure you'll have many writing-related expenses (website, newsletter, advertising, etc.) but that's a decent wage. Lindsay writes:


Early on, I stumbled across Kevin Kelly’s “1000 True Fans” article. If you’re an indie anything, it’s a great read.

The gist is that you don’t have to be a mega seller. You just need X number of true fans (people who love your stuff and will buy everything you put out), and you’re assured that you can make a living at your art, so long as you to continue to produce quality material.


a. Place links in the afterword to each of your books.


This is your place to be more personal; interact with your fans, post links to things like interviews, to scenes you liked but were cut from your book, to contests you're running, to discounts or giveaways.

Obviously that advice is working for Lindsay, but I've never gotten into the Facebook experience. I love Twitter. Really. It's simple to use and it allows me to connect with folks I never would have otherwise been able to. Also, I don't have to worry whether I've written too little or too much; the 140 character limit is genius!

That said, authors do need a place to let down there hair and be more personal, which is why I'm in the (painful!) process of setting up my own website.

If my fans did something like this I'd do backflips and name my children after them. Just sayin'.

d. Go the extra step to help create a community.


Lindsay gives the example of installing a plug-in that allows nested comments. (You might need to be running WordPress.)

Great idea! Anything to help foster a community. It's interesting, though, that Seth Godin, one of the folks who helped spread the idea of developing a community, a tribe, doesn't have comments on his blog. Of course Seth has a large and rabidly devoted community, so that choice has obviously worked out for him, but still. I thought it was interesting.

e. Do goofy things just to please your fans.


For instance, Lindsay's latest contest asks fans to design funky hats. The winner will receive signed copies of her book and the hat will appear in the next book in that series.

Awesome idea! As Lindsay notes, not many writers do this, but I love it when writers have a contest of some sort where the prize is that the winner will have a character named after them in the next book.

Well, that's it! I hope something Lindsay said will help. I encourage everyone to read her article here: What Does It Take to Become a Full-Time Indie Author?

Thanks to the Passive Voice Blog for posting a link to Lindsay's article.

Related reading:
- The Vandal's 10 Ways To Promote Your Book
- The Most Common Mistakes In Writing: A Series
- 10 Reasons Why Stories Get Rejected