So That's The Ebook Business, Eh 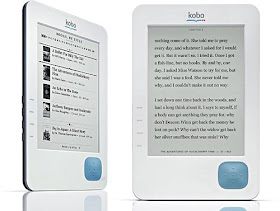 Here's a Canadian perspective on the changes in the publishing industry of the last few years. It's one of the more comprehensive and even-handed discussions I've come across so I thought I'd share.

According to The Vancouver Sun, the book publishing industry in Canada does 2 billion dollars a year and ebook sales account for about 18 percent of that. Speculation is that ebook sales are going to continue to increase as more people make the switch to digital books, especially if prices on books go down because of the Department of Justice suit against Apple and 5 of the 'Big-6' book publishers.

It's difficult to estimate the effect lower book prices would have on the publishing industry because, although lower prices would mean less profit, they would also mean more sales. Additionally, writers in 2012 have many more options available to them for selling their work. For example:


Sunshine Coast author Lars Guig-nard has published three books on Amazon, starting with Lethal Circuit, and says he is making a good living on ebooks alone. He makes about the same amount whether he sells a book in electronic or traditional format.

On the other hand,


Vancouver author Timothy Taylor said he would not consider giving up his relationship with his publisher (Random House) to create a self-published ebook because he values the editing and promotion provided by a traditional publisher.

On the whole, though, Taylor was optimistic:


"It almost feels like we could open up new markets - people who aren't buying physical books might buy ebooks," Taylor said.

It's a lengthy article, but a good discussion. Check it out: Publishers try to read the industry's future

Photo Credit: The Voice Designs
Karen Woodward at 10:49:00 AM
Share