No Ebook Version For Stephen King's Next Book 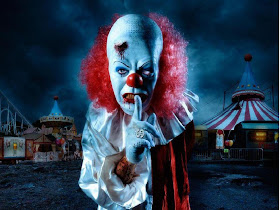 On Wednesday Titan books plans to announce that their Hard Case Crime imprint will publish Joyland by Stephen King in June of next year.


Not only is King going retro with the content of his upcoming novel, he’s also sticking to a tried-and-true format. “I love crime, I love mysteries, and I love ghosts,” he said in the press release. “I also loved the paperbacks I grew up with as a kid, and for that reason, we’re going to hold off on e-publishing this one for the time being. Joyland will be coming out in paperback, and folks who want to read it will have to buy the actual book.”
- Stephen King novel 'Joyland' officially announced


a breathtaking, beautiful, heartbreaking book. ... It’s a whodunit, it’s a carny novel, it’s a story about growing up and growing old, and about those who don’t get to do either because death comes for them before their time. Even the most hardboiled readers will find themselves moved. When I finished it, I sent a note saying, ‘Goddamn it, Steve, you made me cry.’
- Stephen King novel 'Joyland' officially announced

Sounds like another fantastic book by Stephen King. What I find most interesting, though, is King's refusal to release Joyland in ebook form. I'm guessing it has to do with nostalgia, and, possibly, that he has made the tactile part of reading an important part of the book. That's my guess.

We all know King was one of the earliest proponents of the electronic book. In 2000 he self-published the first installment of his serial novel The Plant as well as his novella Riding The Bullet.


[Riding The Bullet] marks King's debut on the Internet. Simon & Schuster, with technology by SoftLock, first published Riding the Bullet in 2000 as the world's first mass-market electronic book, available for download at $2.50
- Riding the Bullet, Wikipedia

I have the feeling some folks might think that King is anti-ebook, so that's why I'm bringing up his pioneering efforts in the medium. Still, the move surprises me. I know a lot of folks, myself included, have made the move to digital. My bookcase is in my iPad. Although Stephen King is one of my favorite authors I think I might wait until the ebook version is released before I indulge myself.