Joe Konrath's Letter To The Department Of Justice 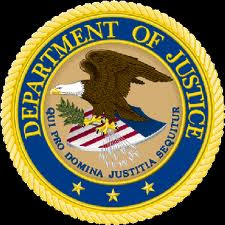 I’m writing to you as the author of forty-six books--eight legacy published, two Amazon published (with three more on the way), and thirty-six self-published, all of which inform the views I express in this letter.

As you doubtless recognize from the mail you’re receiving, there is currently underway a letter-writing campaign coordinated by the Association of Authors’ Representatives, the Authors Guild, and other parts of the publishing establishment attempting to persuade you that the DOJ’s suit against five of the Big Six and Apple is without merit, and that the Agency model is, at best, good for everyone, at worst, harmless.

I’m writing to tell you that these organizations did not solicit the views of their members, that they in no way speak on behalf of all or even most of their members, and that (as I imagine is obvious) they are motivated not by what’s best for consumers, but by what they see as best for themselves.

I recognize that the heart of the DOJ’s suit is collusion, not high prices. But it’s clear that the legacy publishing industry’s strategy is to keep the prices of ebooks high so as not to cannibalize high-margin hardback sales. If the prices of legacy published books are kept artificially high it could be argued that my lower-priced self-published books are made more attractive by comparison, but I believe that a regime of higher-priced books is bad for the industry overall because it slows the growth of the global book market, which indeed hurts all sales. I also believe it’s obviously bad for consumers, especially lower-income consumers, who could buy more of the books they loved if those books weren’t priced so high.

When prices of media are high, they’re a barrier to entry. Many are avoiding buying an ereader because the ebooks they most want are $9.99 - $14.99. If prices came down, more Kindles (and Kobo readers and Nooks and Sony readers) would be sold. That widens the market, which leads to more ebook sales. This is good for authors, and for readers who can get more for their money.

Read the rest here: Joe's Letter to the DOJ

I'd just woken up when I read Joe's post -- last night I stayed up late getting my short story A Night In The Country ready for publishing on Amazon -- but I hope I managed to write something marginally coherent in the comments.


Very well said Joe, but it was strange to see you write in a more subdued tone.

Anyway, I agree. One thing that has always irked me when folks complain about Walmart artificially lowering prices is that ... well, sometimes I think it's easy to lose sight of how cash poor some folks are, especially families. Getting something for 50 cents cheaper can make a difference.

Of course one doesn't need books in the same way one needs food, but -- and I hope this doesn't sound cliche -- books do feed the soul and, as I said, 50 cents (or less!) can make a dig difference.

Even though I think the Big-6 inflating the prices of books makes lower priced indie books more attractive, you're right. It hurts the book business and that hurts everyone. Writers, booksellers and especially readers.

In any case, wonderful letter Joe, thanks for sharing. :)

Of course now I'm looking at my comment about Walmart artificially lowering prices and thinking about all the mom and pop shops which went out of business because they couldn't compete against the big chain.

Is that what is happening with Amazon? Will the act of Amazon selling books for lower prices drive indie, or self-published, writers out of business?

No, I don't believe so. Amazon is the self-published writers' biggest business ally. That's true right now and I don't see why it would change in the foreseeable future. That said, Amazon isn't a friend to publishers who want to sell ebooks at inflated prices.

Personally, I don't buy it.

Yes, I do think that if publishers are prevented from fixing ebook prices artificially high, or if they are forced to give authors better ebook royalties (a topic for another post), that many of them will go out of business.

"Joe Konrath's Letter To The Department Of Justice," copyright© 2012 by Karen Woodward.
Karen Woodward at 11:38:00 AM
Share