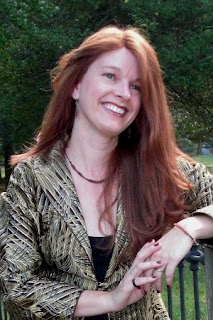 I am a huge, enormous, fan of Kim Harrison's The Hollow's series. I'm one of those people who rolls out of bed and thinks, 'Only X days till her next Hollows book!" and then I do a little happy dance. Well, in my imagination I do. No dancing before morning coffee; it's a rule.

Last October I heard stirrings there might be a Hollow's TV series, but didn't want to get too excited in case it didn't pan out.

Well, looks like I needn't have worried. Here's an excerpt of an article I just read on fearnet.com:


What can you tell us about the CW's TV series adaptation of The Hollows?

I don't have a whole lot of information on that yet. I'll know a lot more in June. But what I can tell you is that CW has picked it up. Jordan Hawley, he's the guy who worked on Smallville, he is writing the pilot right now, and they're aiming for the 2012-2013 season. Like I said, by June I should know about cast members and filming and all sorts of things. But it's Hollywood – they get easily distracted. [Laughs.] It seems like they feel very strongly about it, and I feel pretty good about the progress that's being made.

It seems like the perfect story for the current television climate, which has been so receptive to TV shows like The Vampire Diaries and True Blood.

And yet it's completely different. It's got a different feel to it, and I think that CW can pull that out and put it on the small screen. I really think it can rock and roll.

Have you thought once or twice about who you might like to see portray Rachel or her partner Ivy?

Oh people ask me that all the time! I actually watch movies more than TV, so I don't know what the current crop of available people are to tell you the honest truth. But my readers have very strong opinions, and they will drop suggestions at my blog. I've got a special section, and they go and dump all sorts of suggestions. I try not to look too much because I know I probably won't have a whole lot of say in it. And I feel comfortable trusting them in this. They know the talent a lot better than I do.

Since the TV announcement, as you said, will come in June, is there any chance we'll see you at Comic-Con in July?

That's a good question. I wasn't planning on it. But I have a very small ship that can turn very quickly if I feel like it. So I wouldn't discount it, but I am not planning on it at this time. I've got a lot of writing I need to get done between now and then. We'll see. If it works out I will be there, but I'm not counting on it.
- Exclusive: Kim Harrison on ‘The Hollows' TV Show

I'll pass along more information as I get it.