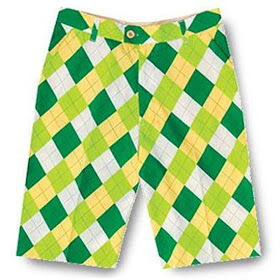 A few days ago Chuck Wendig over at Terribleminds published a blog post, Revisiting The Fevered Egos Of Self-Publishing, that received quite a bit of mention on the internet. Why? Well, probably because it contained passages like this:


What you will find in the self-publishing (or DIY or “indie pub”) community is a handful of maggot-chewed bad-apples bobbing noisily in the barrel. They’re loud. They’re entitled. They’re oddly defensive (methinks thou doth protest too much). They often have books that look and read like they were written by a fourth grader on a high-test ADHD drug cocktail.

I find Mr. Wendig's posts endlessly amusing; the man certainly knows how to turn a phrase. That said, I'm a self-publisher and most of my writer friends are self-publishers, so being compared to a maggot-chewed bad-apple--while enormously entertaining in a self-nihilistic way--kinda hurt.

Well, it seems Chuck Wendig has adopted a softer tone since publishing his Fevered Egos post. He writes:


I’ve read many excellent books that exist only because the authors went that direction. I think self-publishing is part of what makes this time the best time ever to be a writer and a storyteller. I am, in fact, a self-publisher myself (though I favor a diverse “hybrid” approach).
- Self-Publishing And The Burden Of Proof

That's quite the turn-around.

Or perhaps not. In the invective filled passage it seemed to me that self-publishers were the "handful of maggot-chewed bad-apples" and the pristine, desirable, apples were the traditionally published folk. Not so, Mr. Wendig says.


The first and most troubling response is one I’ll get out of the way now: some folks seemed to believe I was giving all self-publishers the middle finger. Unless you’re looking to cherry-pick a bouquet of out-of-context quotes, you won’t find much evidence in that post of me smearing self-publishers.
- Self-Publishing And The Burden Of Proof

I hope I didn't cherry-pick the quotation I gave--here's a link to the original article, the quotation occurs in the fourth paragraph from the top. In any case, it's good to know that Mr. Wendig doesn't believe all self-publishers are maggot-chewed bad-apples. (Only most? 50-50? The minority? But let us move on.)

Mr. Wendig finishes his article with a call to action:


[D]on’t be that guy. Don’t be the crazy person. Write well. Be cool. Put yourself out there. Work for the good of indie authors and not against it. Lead by example! “Independent” authors and publishers may be separate from one another, but that doesn’t mean they don’t affect one another.

The more good apples we have, the harder it is to see the bad ones.

I agree with Mr. Wendig's call to action, we would all do well to take it to heart. Don't be that guy. The one who uses swear words in place of rational argument, the one who uses their words to bully and put other people, often other writers, down. The one who thinks that he or she knows-it-all and feels obligated to put others in their place, whether through cajoling them like wayward children or calling them out like a school-yard bully at recess. Yes, fellow writers, don't be that guy.

As always, Mr. Wendig has written something entertaining and enlightening. I think we can all agree that, whatever else we may think, he is an excellent wordsmith.