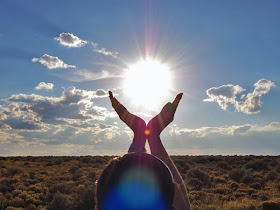 At nineteen they can card you in the bars and tell you to get the fuck out, put your sorry act (and even sorrier ass) back on the street, but they can’t card you when you sit down to paint a picture, write a poem, or tell a story, by God, and if you reading this happen to be very young, don’t let your elders and supposed betters tell you any different. Sure, you’ve never been to Paris. No, you never ran with the bulls at Pamplona. Yes, you’re a pissant who had no hair in your armpits until three years ago – but so what? If you don’t start out too big for your britches, how are you gonna fill ‘em when you grow up? Let it rip regardless of what anybody tells you, that’s my idea; sit down and smoke that baby.
- Stephen King, The Darktower 1: The Gunslinger, Revised Ed.

At the end of the 2010 Surrey International Writer's Conference Robert Dugoni gave a rousing speech entitled, "This Day We Write!" based on the one Aragorn gave at the Black Gate. Close to 1,000 writers were on our feet stamping, clapping, hooting and chanting. There were even some tears. But, mostly, there were face-splitting grins. We left that conference the most inspired we had been in our lives!

One of the things good writing can do, something that is often ignored, is this: It can inspire.

Today I was going to do a follow up on an article I wrote some months ago, Writers Despair, which was about how traditional publishing has changed over the years and how this change has effected writers, especially midlist writers.

But I'm not going to do that.

It's true that many writers despair, and with good reason. Their series have been dropped by publishers, their contracts haven't been renewed, their new work hasn't been accepted. It's not hard to find these stories and it's not hard to find credible predictions that the trend is not only going to continue, but accelerate.

The good news is that good writing will always have an audience. Heck, as Stephen King would stay of James Patterson, it doesn't even have to be all that good! (BTW, I've read a few of Patterson's books and enjoyed them. Personally, I'm rooting for the man, it's great to know a writer can make the kind of money even the CEO of a multinational corporation would be envious of.)

That was the good news, here's the great news: writers now have the ability to create our own audience, one that the vicissitudes of the publishing industry can't cut us off from. We do this by putting up our own websites, by blogging and by being open to the possibility that a self-published book or two could get us exposure and some money without making us a pariah in the industry.

What could we publish? A professional writer usually has a backlist, and it's generally not the case that all those books/short stories/articles are in print. Too often it has been the case that fans have wanted a book but they can't get it. Also, every writer I've met has manuscripts wedged into shoe boxes languishing under beds. Granted, many of those works were first attempts and should stay in exile, but many times they have been rejected, not because they weren't good, but because the publisher couldn't figure out how to market them. Joe Konrath has made hundreds of thousands of dollars selling books his publisher rejected.

I want to make it clear that I'm not bashing publishers. I know being a traditional publisher is one of the highest risk endeavors on the planet. Restaurants are notoriously high-risk but when restaurant owners get depressed they say to themselves, "It could be worse. At least I'm not a publisher." Traditional publishers, especially small or medium sized publishers, are in business because they love books and are passionate about writing. A few years ago I took a publishing course taught by the owner of a small literary press, one of the most successful small presses in the country, and he approached his work with an evangelistic furor. These men and women are dedicated to their craft.

Unfortunately, though -- and small and medium sized traditional publishers would be the first to tell you this -- it is vanishingly unlikely that the overwhelming majority of writers who are published by them -- not those who submit their work, but who are accepted and published -- will be able to live on what they are paid.

But that doesn't mean you can't make a living as a writer. Times have changed and we must change with them.

This pep talk was as much for me as for anyone else. I think, really, it comes down to this:


Write what you are inspired to write, get what you've written out to people however you can, through any medium you can, and eventually success will follow.

Other blog posts of mine you might like:
Writers Despair
How To Publish On Amazon
The Starburst Method