SiWC 2011: Getting started and Heading in the 'write' direction, by Robert Dugoni 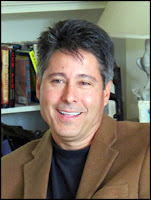 Here are more of my SiWC notes, these are from day two, Saturday. I've mentioned Robert Dugoni before, but I don't think I've been able to communicate ... well, how inspirational his workshops (and keynotes!) are. Every time I walk away from a talk he's given I feel: Yes, I can do this!. If any of you ever have the opportunity to hear him talk, I recommend it.

My apologies in advance for the fractured nature of these notes. I repeat certain tips and the notes themselves are less organized than I'd like. My instinct is to tuck this post away until I have time to do it properly, but I know that's not going to happen, especially not during NaNo! So here my notes are, in all their imperfection.


What is the primary purpose of the novel? It is to entertain.

Your CHARACTERS entertain, NOT the author. If author tries to entertain then the story stops.

1. Backstory
Sometimes there is the temptation for the author to say, yes, we'll get to the story, but let me tell you about this first. You need to weave the backstory into the story.

AN EXCEPTION: If something is a marker, then you need to describe it. For example, if your character is wearing a Channel dress, that's a marker. If your character pulls up in a hummer rather than a VW, that's a marker. If it isn't a marker, then you don't need it. Most readers don't care. If it isn't really important don't stop the story to describe it. Also could sprinkle description throughout the book. Give us the description as it becomes important to character.

Have character moving and talking as you give the description.

Be careful about giving your characters your personal opinions. Guard against your own attitudes and beliefs bleeding through to the character where it isn't appropriate.

Ask yourself: Are the characters entertaining or am I intruding into the story? The best authors are internal to the story.

Journeys
Your story is really the journey of your characters. The physical journey they take is the plot.

Emotional journey. Emotions get people, and your characters, to do things. Emotions give motivation. Basic human needs. Love, greed, protection.

Most books are about basic things.
- To win (a game) ( a contest) (the love of another)
- To stop (the world ending) (the abuse)
- To escape (a bad situation)
- To retrieve something (think Indiana Jones)
- To destroy something (Lord of the Rings)
- To save something or someone

Right now, write down the physical journey your character is on. What is their motivation for doing it?

Good. Now write down the emotional journey your character is on. What is his or her motivation for doing it.

Raising the stakes
Don Maass' books are great. Read them.
- How would you raise the stakes? You have a victim, how are you going to raise the stakes? How about revealing that the victim is the hero's brother? That's one way of doing it.

The hero has to care. What happens if the hero fails in reaching the goal? Raising the stakes means making the hero lose more, makes the loss more painful and less likely that the hero can recover. Make the goal more personal to the hero, that's how you raise the stakes.

Your goal is to establish the TONE of the book early. Each kind of book is going to have a different tone that will cure the reader that the books is, for example, a mystery, or a thriller, or a romance, etc.

Early on, introduce who the story is about, your readers need to meet the protagonist.

Hooking the reader
Classic openings in literature:
a. Everyday hero. Their everyday life. If your hero is a housewife, you see her going about her day, if your hero is a trial lawyer, you see them arguing a case, etc.
b. Action scene. The hero in action.
c. Emotional scene. Outside action opening. Da Vinci Code. Don't start with the hero. Start with the killing.
d. Prologue. Start in a time or place different from the rest of the book.
e. Flashback opening. Water for elephants. Take scene from the book and put it at the beginning. Like a scene out of sequence.

Warning: Readers don't like prologues. If you absolutely must have a prologue, call it chapter one.

Remember to write scenes where you use all your senses.

Some people say never start a book with your hero on a plane, train or in a car. Why? Because it's a static environment. It is difficult to have action or dialogue. You will be tempted to have your character thinking and thinking and thinking. That's not very interesting.

Goal
Your hero must have a goal. For instance, let's say that your hero can't be late or she'll be fired, but she also HAS to have her morning coffee. She peers into the coffee shop, there's no line up! She rushes inside and an elderly lady steps in front of her and she takes forever to order. The elderly lady is an obstacle that creates suspense.

How, should the boss say, "You're fired!"? No, at least, not until the next chapter. You need to keep the story moving forward.

Chapter Breaks
One thing you should ask yourself is: Does this chapter have a better question for the next chapter (a question the next chapter has to answer) if I take out the last paragraph? Often an author will summarize the chapter in the last paragraph, this is bad because it's boring. Your job is to get the reader to turn the next page. How do you do this? By raising story questions.

Give the reader something interesting right away, as soon as your story begins. An interesting character should appear right away. Like going to a cocktail party or a book-signing. Unusual people, even people you might think are a bit crazy, are very interesting. The worst judgement you can make about someone is that they are boring.

Settings: Third element
Your settings help you tell the story. For instance, in a scene lets say you have a few tarantulas in a terrarium in an elementary school classroom. The teacher is putting some papers into her briefcase and her principal walks in. The teacher glances at the terrarium. The spiders are gone.

If a scene doesn't advance the story then cut it.

Here is a link to Robert Dugoni's home page.