Kristine Rusch: Should writers be compared with abused spouses? 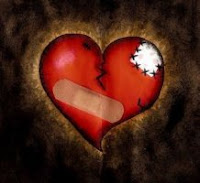 Writing is challenging regardless of whether you're going the traditional route or are independent. Many of us have been told since we were toddlers that we couldn't make a living as a writer. Not only are we not good enough, but there is just no money to be made. If you are stubborn and persevere, it only gets worse.


Last week in her blog, writer Sarah Hoyt compared writers to battered spouses. She says that some of what she hears from writers reminds her of the reasons battered spouses stay with their abusers. I have to admit, I’ve had that same thought myself, but I’ve never written a blog post about it because it seems too simple.

Writers do react badly to any suggestions for change, from leaving an agent who is clearly no longer interested in working for them to staying with a publisher even as the publisher’s contracts and advances get worse. But I think the way that writers act has a lot more to do with crisis response than with abuse.

The writers who stay in the business become survivors. “Survivor” is an interesting word because it implies that the survivor went through something traumatic. Indeed, my handy dandy Encarta World English Dictionary defines the word “survive” as managing to stay alive “especially in difficult situations” or “after something such as an accident or war that threatens life.”