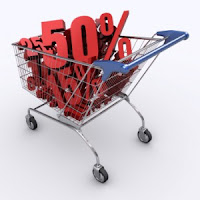 And now I have ten more months data on how that structure works and trust me, it works great.

That said, I have zero problem with loss leader pricing, if, and only if, the writer has some other books to advertise. For example, if a writer has a five book series up, it would make great sense to lower the price of the first novel down to $2.99 and maybe do some give-aways as well of that novel.

Everyone has an opinion on this pricing stuff. My focus is what will get readers a fair value and make the writer a working wage at the same time.

Even though I've priced my book, Until Death, at 99 cents, I think that Dean makes a lot of great points. His blog post is well worth the read.
Karen Woodward at 3:51:00 PM
Share