The Secret of Amanda Hocking's Success 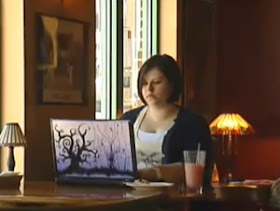 Kristine Kathryn Rusch hits the nail on the head. In her words, Amanda Hocking has "major storytelling chops".


Critics loathe folks who can tell stories but whose prose isn’t English-major perfect. Once Hocking got her deal with St. Martins, the literary critics all downloaded a copy of her e-books then came out guns blazing, calling St. Martins stupid for buying such a seriously bad writer.

As usual, the major literary critics—the same folks who dismiss James Patterson and Nora Roberts as hacks—fail to understand what readers read for. We don’t read for beautiful language (well, some of us do some of the time.) We read to be entertained. We read to get lost in a good story. We read to forget about the plunge in the Dow and the European Debt Crisis and the war in Afghanistan and the Somali famine. We read so that we can relax after a long day of searching for a job, or trying to figure out which bill to pay, or taking care of our ill parents. We read to go somewhere else.

Hocking takes us there. So does Patterson. So does Nora Roberts. Some do it with better prose than others. But they all take us out of our lives for the time we’re inside the book.

When I bought My Blood Approves by Amanda Hocking -- it was the very first ebook I bought, by the way -- I couldn't put it down and finished it that day. Yes, I wanted to find out what happened at the end of the story, but it was more than that. She got me to care about her characters, about her universe.