Lawrence Block has a blog! 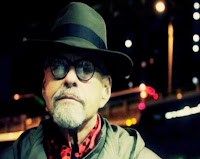 The first book I read by Lawrence Block was, "Telling Lies for Fun and Profit."  It was great!  I highly recommend it, not only for writing tips but because it is a pleasure to read.

Now, thanks to John Locke, LB has his own blog! He writes:

... John Locke got a ton of press for selling his one millionth Kindle book. And, as soon as he did, he released a book he’d had waiting in the wings all along. He called it How I Sold 1 Million eBooks in 5 Months, and offered it not at his usual price of 99¢ but $4.99 (or $9.99 in paperback).

Yeah, right, said the snarky voice that lives inside my head. Who could resist paying five bucks to learn how to write mediocre fiction?

I told the voice Thanks for sharing and ordered the book. This was on June 21, and I started reading it on my Kindle that night. I read the rest of it the following day, and started re–reading it the day after that. And the next day was June 24, my birthday, and I started the day doing something I’d been absolutely certain I would never do. But what the hell, I figured I was finally old enough. So I joined Twitter.

Because John Locke told me to.

That day or the next, I asked my web guy to set me up with a blog. Five years ago I was on a book tour in aid of The Burglar on the Prowl, and each night I made myself write a newsy paragraph on the day’s events, and emailed it for him to post on my website. It was a pain in the ass, and it didn’t accomplish anything, and that was the end of my blogging. But now I wanted a real blog, one I could manage myself, and that’s what I asked for.

Because John Locke told me to.
....
John Locke’s background is in sales, and he blogs and tweets with the aim of increasing his own sales. He wants you not only to buy his books, but to help him get others to buy them. As he explains, the actions he takes online are frankly manipulative; he outlines a method of gaining a reader’s allegiance and illustrates it with a blog about Joe Paterno and his mother that leaves one gaping. The damn thing seems so calculating. . .

I had been wondering if I should buy John Locke's book; after reading LB talk about Locke I don't see how I can not buy it.

Links:
Telling Lies for Fun and Profit
Block's Amazon Author Page
Lawrence Block's Blog
Thanks to Dean Wesley Smith and @PassiveVoiceBlg for spreading the news about LB's blog.
How I Sold 1 Million eBooks in 5 Months
Karen Woodward at 7:31:00 PM
Share