Michael Hauge and Write on Vancouver 2011 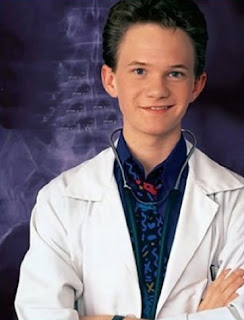 I've just come back from a weekend writing conference, Write on Vancouver, sponsored by the Romance Writers of America. This year their guest speaker was Michael Hauge. When I told my writing friends who our speaker was I was expecting their response to be along the lines of 'Oh my gosh, really, you got Michael Hauge!' but instead I received looks of bafflement. "Who is Michael Hauge?" they asked.

I was looking for a topic to blog about and thought, great! I've got my topic, but I'm finding that it isn't as easy to describe who Michael Hauge is as I thought it would be.

Michael Hauge is, among other things, a story coach. I think of him as being like an emergency surgeon for your screenplay or manuscript. He breaks up a story into six stages: Setup, New Situation, Progress, Complications and Higher Stakes, Final Push and Aftermath. Between each stage is a turning point. Stage One and Stage Two comprise Act One, Stages Three and Four comprise Act Two and Stage Five and Six make up Act Three.

Sometimes when I talk about plot structure someone will make the comment that it is formulaic. Eileen Cook mentioned that typically a face has two eyes a nose and a mouth but most of us manage to look different from one another. Just because a manuscript follows a structure doesn't mean it is going to be like every other manuscript that has followed that structure. (I love Eileen, she is witty. I don't know her personally, but if you ever get the chance to hear her speak I would encourage you to; her books are good too!)