One Million Words To Competency, Who Said It First? 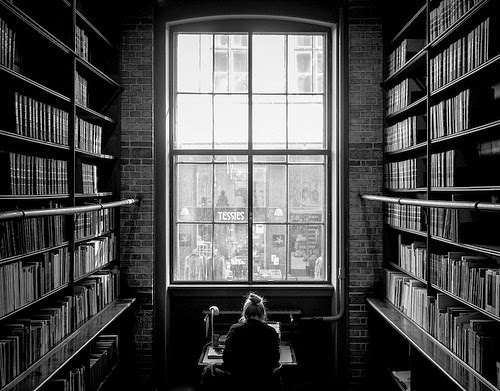 In my last post, A Million Words To Mastery?, I talked about whether writing a million words was sufficient to be, if not a creator of effortlessly poetic prose, then a competent writer. My not-at-all startling conclusion was: No!

One million words may be necessary for competency but they clearly aren't sufficient. After all, one could type (like Jack Torrance did in Stephen King's The Shining) "All work and no play makes Jack a dull boy" 100,000 times and, while it might improve one's typing, it wouldn't improve one's prose!

But the question was raised: Who first said (in effect) that one needs to write, and discard, one million words before one can be a competent writer? In what follows I investigate whether it was David Eddings, Jerry Pournelle, Ray Bradbury or John D. McDonald.

Trevor Martin, in the comments, mentioned that it was David Eddings who spoke of the one million word rule. And that's true, Eddings did speak of it and he is quoted all over the internet as speaking of it, but I can't find out precisely when or where that happened. Was it in a book? An article? A TV interview?

In any case, here's an extended quotation:

"My advice to the young writer is likely to be unpalatable in an age of instant successes and meteoric falls. I tell the neophyte: Write a million words–the absolute best you can write, then throw it all away and bravely turn your back on what you have written. At that point, you’re ready to begin.

"When you are with people, listen; don’t talk. Writers are boring people. What are you going to talk about so brilliantly? Typewriters? The construction of paragraphs? Shut your mouth and listen. Listen to the cadences of speech. Engrave the sound of language on your mind. Language is our medium, and the spoken language is the sharp cutting edge of our art. Make your people sound human. The most tedious story will leap into life if the reader can hear the human voices in it. The most brilliant and profound of stories will sink unnoticed if the characters talk like sticks.

"Most of all, enjoy what you’re doing. If you don’t enjoy it, it’s not worth doing at all. If hard and unrewarding work bothers you, do something else. If rejection withers your soul, do something else. If the work itself is not reward enough, stop wasting paper. But if you absolutely have to write–if you’re compelled to do it even without hope of reward or recognition–then I welcome you to our sorry, exalted fraternity." (David Eddings R.I.P, Christchurch City Libraries Blog)

That is the most extensive quotation I've found and it was posted by Marion (no last name given) on the Christchurch City Libraries Blog on the 4th of June, 2009, on the event of David Eddings death.

Although it's only the first paragraph of the above quotation that includes the text in question the whole thing was well said and good advice. Also, it gives us a hint at where Eddings might have said it which might give someone a hint as to when it was said.

It seems as though Eddings was speaking to a group of writers; perhaps a writing convention or awards ceremony? If anyone knows please do leave a comment, I'm looking for the earliest mention of the 'million words required for competency' idea.

Another commenter, Antares, noted that his friend "Jerry Pournelle advised writers to 'write and throw away a million words of finished material'" but mentioned he didn't know if Jerry Pournelle had gotten the idea from David Eddings.

Antares also gave a (much appreciated) link to the December 1996 issue of Byte Magazine where Jerry Pournelle's article "How To Get My Job" appeared. Although Pournelle notes that he "added a few sentences here and there" the article remains mostly unchanged from its first publication in 1996. Here's a quotation:

"I am sure it has been done with less, but you should be prepared to write and throw away a million words of finished material. By finished, I mean completed, done, ready to submit, and written as well as you know how at the time you wrote it. You may be ashamed of it later, but that's another story."

The entire article is well worth reading, but for our purposes that's the relevant bit.

Now at least we have a date: December 1996. (Clearly Jerry Pournelle had this million-words-to-competency idea previous to 1996. If anyone has documentation of it's use before this date, please do leave a comment.)

At this point I did a google search on "million words" and "throw away" in an effort to get to the bottom of this minor mystery: who first came up with the idea of 'a million words to competency'?

In December of 1999 Alex Keegan wrote the following:

"It takes a minimum of three years' full time study, or 7-10 years of part-time study to get a university degree. Becoming a writer is harder! I think it was Ray Bradbury who said we need to write at least a million words just to make it to the foothills. Seems like a lot? Not really. 3,000 words a day for a year or 1,000 words a day for three years and you're home free. What d'you mean it sounds tough? It IS tough!" (Advice to the Younger Fiction Writer)

So I googled Ray Bradbury and found this quotation in "What Does It Take To Be A Writer?" by Mark O'Bannon:

“Write a thousand words a day and in three years you will be a writer.”
– Ray Bradbury

That's the idea we're looking for stated slightly differently. One of the things I was looking for was the phrase "a million words" but perhaps I'm being too picky since writing a thousand words a day for three years would yield over a million words (1,095,000 words, to be exact).

The big question: when did Bradbury write that?

The best textual evidence I've found for that quotation comes from the blog Life, Literature, & Everything in Between: Underworlds. In a post entitled "Ray Bradbury, In Memory Of … (1920-2012) — SF Writers Pay Tribute to an Icon" Ken Scholes wrote:

"At sixteen, I wrote him [Ray Bradbury] and told him what I was doing, typing up stories and submitting them to magazines, following in his footsteps. He wrote back. He recommended some books and urged me to write a thousand words a day until I had a million words. And he encouraged me to write to him each October. The next year, I wrote again and he wrote back…this time with a silver pen on a Something Wicked This Way Comes poster."

That is only a small excerpt of Ken Scholes beautiful tribute to Ray Bradbury; if you have time, and Kleenex at the ready, I recommend reading it.

We may be closing in on a date. The question is, when (approximately) did Ray Bradbury write that letter? Ken Scholes mentions receiving it when he was sixteen.

Mr. Scholes was born June 13, 1968 which would make him sixteen years old in 1984. That's 12 years before Jerry Pournelle's article was published so this is the earliest date so far.

Unable to leave the subject be, I did another internet search and hit paydirt:

In a thread on The Straight Dope Captmathman wrote:

"I've long held that Robert Heinlein once gave this sage advice to aspiring authors: "Your first million words don't count." My wife recently repeated this to a third party, but [he/she] insisted that it was originally spoken by Ray Bradbury. In an effort to clear things up, I went online to discover the truth. Seems that Bradbury was the correct answer. As was Heinlein. I could find no authoritative source to provide an attribution. Any ideas?" (Who said, "Your first million words don't count?", by Captmathman, The Straight Dope)

"Ray Bradbury used to say this at speaking engagements in 1973. I was there, so my post is my cite." (Who said, "Your first million words don't count?", by Fear Itself, The Straight Dope)

1973 is the earliest date I have of this idea being expressed. (Here's an article which corroborates a mid-70s date) I admit, I would be tickled if it were to turn out Ray Bradbury was the first to say this, but I will struggle to remain impartial. That said, I'm sure both Ray Bradbury and Jerry Pournelle had this idea years before their documented use of it.

Here's another reply on the The Straight Dope thread I mentioned above.

"It wasn’t until 1950 that I really decided to be a writer. I chose westerns because I liked westerns movies and I wanted a market that I could sell to without a lot of trouble, without having to learn too much, I figured I would get better as I managed the craft.

"John D. McDonald said that you had to write a million words before you really knew what you were doing. A million words is ten years. By that time you should have a definite idea of what you want your writing to sound like.  That’s the main thing.  I don’t think many writers today begin with that goal: to write a certain way that has a definite sound to it."

This seems to leave open the possibility that the million words idea was around as early as the 1950s! I've tried to find documentation of this quotation and while many writers attribute the 'million words to competency' idea to MacDonald, I haven't found anything that would settle the matter.

For all my poking around the internet I haven't been able to discover who first articulated the idea that one can't be a competent writer until one writes a million words. If anyone knows of a recorded mention previous to 1973 of anyone using this idea, please do let me know in a comment. I can also be reached through my contact page.

Thanks for coming along with me as I attempted to unravel this minor mystery, and thanks to Trevor Martin and Antares for their help.

Note: Just before I published this post I discovered that Marion Zimmer Bradley had also said (in effect) that the first million words were practice. Unfortunately, though, I didn't find any hint as to when she first said/wrote that.

These links don't have anything to do with the million words quotation, but, still, I wanted to share them. Ray Bradbury was a wonderful writer but he was an even better person.

Tangent Online Presents: An Interview with Ray Bradbury
Interview conducted over the telephone in December of 1975.

Ray Bradbury: 'It's Lack That Gives Us Inspiration'
(Interview originally broadcast in 1988.)

Ray Bradbury, The Art of Fiction No. 203
Interviewed by Sam Weller for the Paris Review.

Ray Bradbury on How List-Making Can Boost Your Creativity

Story of a Writer: Ray Bradbury on Storytelling and Human Nature in 1963 Documentary