Michael Hauge On How To Summarize Your Novel 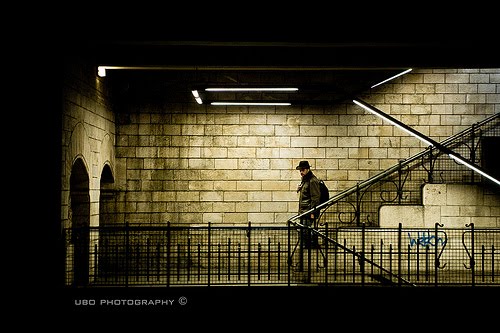 
As some of you know, my right arm is out of commission so all typing--except for this blog!--is out of the question. As a result, I've been taking care of tasks I normally put off.

Tasks such as filing papers.

I struck gold! I went through some of the handouts from conferences I've attended--I thought I might find something interesting for a blog post--and came across Michael Hauge's handouts, along with my notes from the workshop he taught at Write On!


For those who don't know, Michael Hauge is a story consultant, what some folks call a story doctor, as well as an author and lecturer. The following is from his bio:


[Michael Hauge] has coached writers, producers, stars and directors on projects for Will Smith, Julia Roberts, Robert Downey Jr and Morgan Freeman, as well as for every major studio and network.

Michael has been involved "in the development of I AM LEGEND, HANCOCK and THE KARATE KID".

I was riveted by Michael's talks. If you ever have a chance to attend one of his workshops I recommend it.


The really cool thing about Michael Hauge's template is that it isn't just a 'plug in the description' kind of thing, he ties it into the underlying structure of the story.

This is straight from Michael Hauge's handout:


When hero who empathy/setup, is opportunity, s/he decides to new situation/preliminary goal. But when change of plans s/he now must outer motivation/primary goal but hero's plan as well as second goal. [NOT a necessity, except in most Romantic Comedies] in spite of the fact that outer conflict.


Now let's take Michael's tempate and see how it lines up with a story's underlying structure (see Figure 1). In the next section I'll give an example and pull everything together.


KM Fawcett has written an amazing article: Michael Hauge's Six-Stage Plot Structure. I encourage you all to read it, she gives the best summary of Michael's system I've seen, here is a sample:


A character arcs when he moves from his identity to essence.

What is your hero’s wound? From the wound grows a fear. This fear gives IDENTITY (emotional armor) to the character.

The only way the character can get to his longing (his emotional need) is to step out of his IDENTITY (emotional armor) and into his ESSENCE (true self).

That is only the start of her analysis, to read the whole thing, click here: Michael Hauge’s Six-Stage Plot Structure.


Okay, so now we're going to bring everything together. We're putting Michael's structure for a summary together with his underlying plot structure and coming up with something you can use to wow editors as well as the next person who asks you: So, what's your story about?

Hero = Shrek
Role = lovable, courageous ogre
Setup = lives alone in his swamp because the townspeople reject him, has his home invaded by fairy tale creatures
New Situation = go tell the powerful Lord Farquaad to send them back home
Change of plans = Farquaad sends Shrek on a mission in return for his swamp
Outer motivation = rescue a princess and give her to Farquaad
Hero's plan = overcoming a fearsome dragon
Secondary goal = win the love of the princess for himself
Outer conflict = a) Farquaad will stop at nothing to get her, b) Shrek is afraid she'll reject him, and c) she's secretly cursed with turning into an ogre herself every night.

So here's how that reads:


When Shrek, a lovable, courageous ogre who lives alone in his swamp because the townspeople reject him, has his home invaded by fairy tale creatures, he decides to go tell the powerful Lord Farquaad to send them back home. But when Farquaad sends Shrek on a mission in return for his swamp, Shrek now must rescue a princess and give her to Farquaad by overcoming a fearsome dragon, as well as win the love of the princess for himself, in spite of the fact that Farquaad will stone at nothing to get her. Shrek is afraid she'll reject him, and she's secretly cursed with turning into an ogre herself every night.

An added bonus is that since the summary is drawn right out of the structure of your novel, it's tethered to it, so doing this exercise before you write the first draft could save you a TON of work later.


Try it out! What is the summary for your work-in-progress?

- Six Things Writers Can Learn From Television
- How To Succeed As A Writer: The Value Of Failure
- The Magic Of Stephen King: A Sympathetic Character Is Dealt A Crushing Blow They Eventually Overcome